Samsung Galaxy A52 5G will likely be offered in Black, Blue, Violet, and White colour variants. 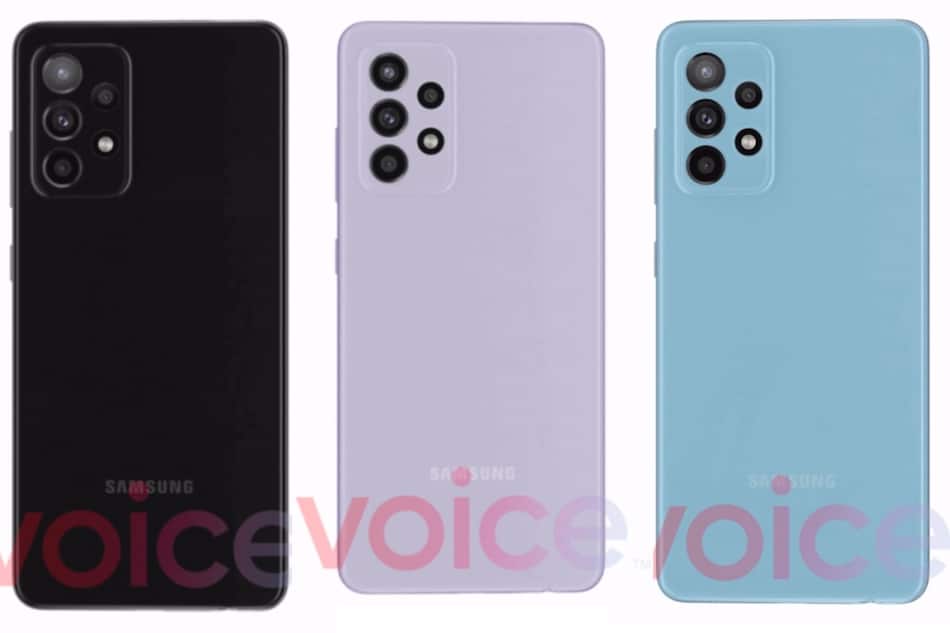 Samsung Galaxy A52 5G 360-degree rotating renders have surfaced online. A tipster has leaked renders of the upcoming smartphone that is expected to be launched soon. The photos show that Samsung Galaxy A52 5G will be offered in four colour variants – Awesome Black, Awesome Blue, Awesome Violet, and Awesome White. The renders appear like they could be featured on Samsung's landing pages for the phone soon.

Known tipster Evan Blass shared the 360-degree rotating renders of Samsung Galaxy A52 5G via Voice. The upcoming smartphone is visible from all angles in rotating renders, giving a good idea of what to expect from it.

Just last week, the same tipster shared official-looking renders of Samsung Galaxy A52 5G, showing the phone from the front and back.

Samsung Galaxy A52 5G has appeared on various certification sites over the past few weeks, hinting at a Q1 2021 launch. Last month, it received Bluetooth and Wi-Fi certifications.

The 4G variant of the smartphone even received the Bureau of Indian Standards (BIS) certification, indicating an imminent launch in India. As per a recent report, Samsung Galaxy A52 production has begun in the company's Greater Noida facility.