Samsung Galaxy A51 update is reportedly only rolling out to a few countries right now. 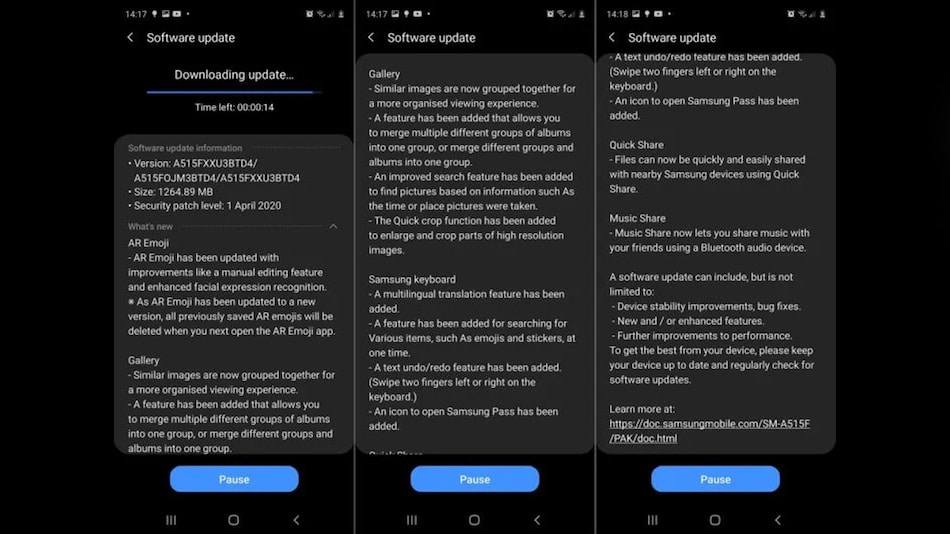 Samsung is rolling out the update to the Galaxy A51

Samsung has been steadily rolling out software updates for its smartphones and the latest device to get an update is the Galaxy A51. The Samsung Galaxy A51 is now reportedly getting the new One UI 2.1 in this update that debuted with the Samsung Galaxy S20 series earlier this year. As a result, new features will make their way to the Galaxy A51 which users can enjoy. This new software update also brings the April security patch update.

The new software update for the Galaxy A51 is rolling out in several countries and was reported by SamMobile. This new firmware bears the A515FXXU3BTD4 firmware version and also bring along the April 2020 security patch. Since this update brings all the goodies of One UI 2.1, it is huge and is 1.26GB in size. Samsung is rolling this out as an OTA update.

Samsung has added improved AR Emoji, a new Gallery app, improved Samsung Keyboard, Music Share, and Quick Share features. It s also reported that not every feature is making its way to the Galaxy A51 and a few of them have been left out.

SamMobile reports that the update is currently released in Afghanistan, Egypt, Israel, Morocco, Kenya, Pakistan, Russia, Saudi Arabia, South Africa and Turkey. The update will also slowly roll-out to other parts of the world.