Samsung Galaxy A51 is tipped to sport a 48-megapixel camera at the back. 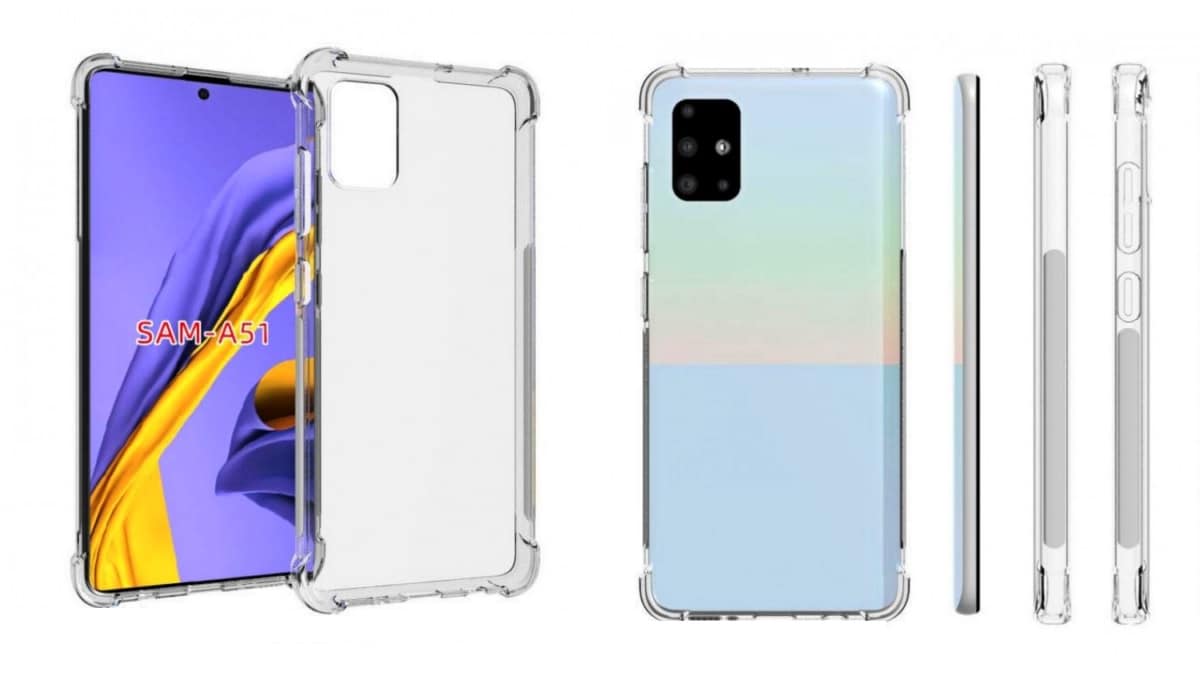 Samsung Galaxy A51 is tipped to go official next year as one of the many Galaxy A-series 2020 refresh models. Leak-based renders of the Galaxy A51 that surfaced online recently suggest that the phone will pack quad rear cameras and a modern hole-punch design that mimics the Samsung Galaxy Note 10. Now, case renders of the Galaxy A51 have been leaked, and they show a familiar design, complete with the quad-rear cameras and an all-screen front with a centrally-positioned hole-punch housing a single front camera. The lack of a physical fingerprint sensor indicates that the Galaxy A51 will opt for an in-display fingerprint sensing module.

The alleged Galaxy A51 case renders, which come courtesy of Slashleaks, show the phone sporting a sky blue colour without any fancy gradient design or diamond-cut pattern that we saw on its predecessor, the Galaxy A50s. The Galaxy A51's case renders show a design that is almost identical to the leak-based renders that popped up online a few days ago. On the front is a display that has a Galaxy Note 10-esque hole-punch at the top with a thin earpiece strip above it. The bezels are almost non-existent, and the chin is extremely thin as well.

At the back, the Galaxy A51's case-based renders show a module housing four camera sensors and the circular LED flash. The shape of the camera module is similar to what we recently saw on the Galaxy M30s, and on the right edge sit the power and the volume buttons. It is tipped to feature a 48-megapixel primary camera at the back, that might be assisted by a 12-megapixel wide-angle camera, a 12-megapixel telephoto camera with 2x optical zoom support, and a 5-megapixel depth sensor. The camera housed in the hole-punch on the front is tipped to be a 32-megapixel unit.

The Galaxy A51 will reportedly feature a 6.5-inch Super AMOLED display that will draw power from a 4,000mAh battery, but there is no word on support for fast charging. On the software side, it will run Android 10 with One UI 2.0 on top. The upcoming Samsung phone was recently spotted on Geekbench as well. The benchmarking platform's database revealed that the Galaxy A51 will be powered by the in-house octa-core Exynos 9611 SoC, the same processor that ticks inside the Galaxy A50s, paired with 4GB of RAM. However, Samsung might launch other variants of the phone with more RAM capacity as well.