Samsung Galaxy A51 is said to pack a 48-megapixel quad rear camera setup. 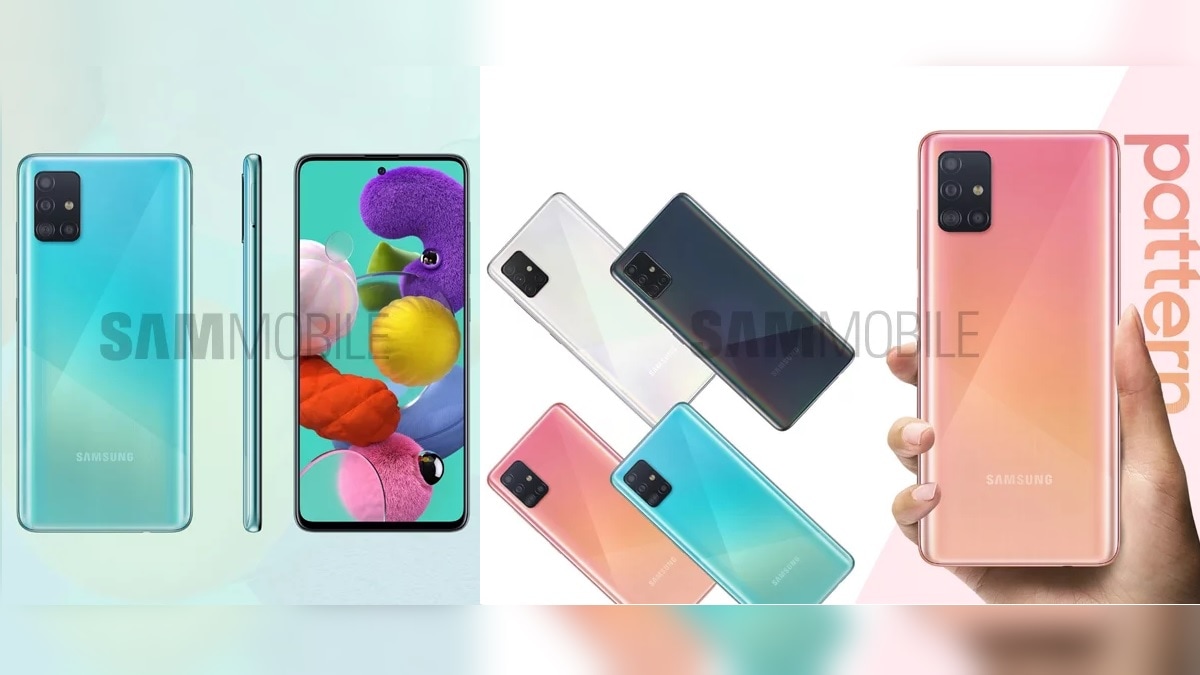 Samsung Galaxy A51 will sport a centrally-positioned hole-punch

Samsung Galaxy A51, after a torrent of leaks, might finally be launched later this month. As per a new report, Samsung will unveil the Galaxy A51 on December 12. Moreover, purported marketing images of the phone flaunting a familiar hole-punch design have also surfaced online, alongside details about its key internal specifications. The leaked Galaxy A50 renders reveal - for the first time - an off-centre geometric pattern design on its rear panel that we saw on its predecessor, the Galaxy A50s. The phone is tipped to pack a quad rear camera setup that will be highlighted by a 48-megapixel primary shooter.

A new report by SamMobile claims that Samsung will launch the Galaxy A51 on December 12, but there is no mention of its market-wise availability. The report also claims to give us our first real look at the phone's design via photos that appear to be marketing material for the Galaxy A51. The leaked images show a centrally-positioned hole-punch, something we've seen in leak-based renders recently. Over at the back, the Galaxy A51 can be seen rocking a geometric pattern of criss-crossing lines with a subtle gradient effect that we recently on its predecessor – the Galaxy A50s – as well.

Over at the back, the phone's quad rear camera will reportedly include a 48-megapixel primary sensor with an f/2.0 aperture. It will be assisted by a 12-megapixel ultra wide angle shooter with an f/2.2 lens, a 5-megapixel depth sensor, and 5-megapixel macro snapper with an f/2.4 aperture. The phone will be powered by the in-house Exynos 9611 SoC that will be paired with up to 6GB of RAM and 128GB of internal storage with expansion support (up to 512GB). Galaxy A51 will be available in two variants – 4GB+64GB and 6GB+128GB - but there is no word on its pricing yet.