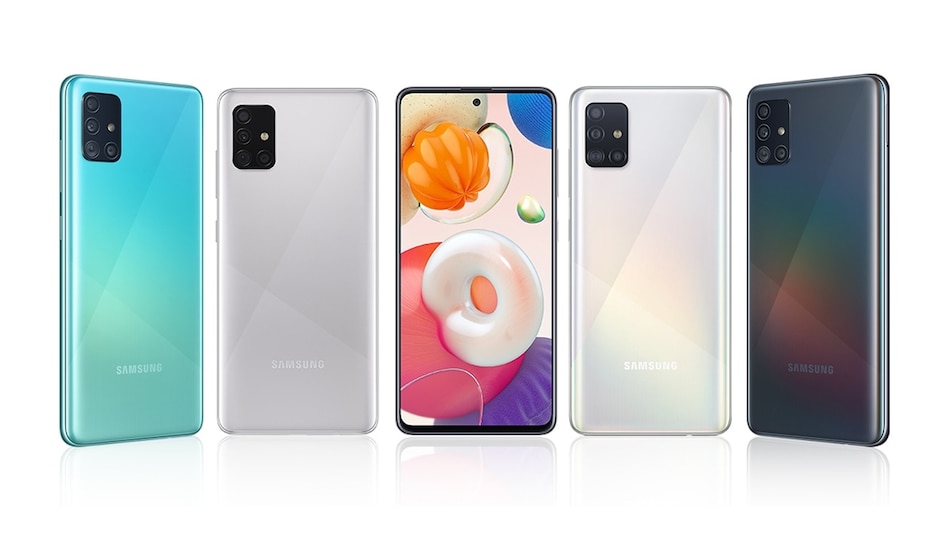 Samsung Galaxy M21 has also reportedly received the Android 11-based One UI 3.0 update in India

Samsung Galaxy A51 has started receiving the Android 11-based One UI 3.0 update in Russia, as per a report. The update also brings along the February 2021 Android security patch. The phone will now have Android 11 features like one-time permissions, chat bubbles, as well as One UI 3.0 features such as an improved UI design. Recently, the South Korean company rolled out the February 2021 Android security patch to a number of phones including the Samsung Galaxy A50 and the Galaxy A8 (2018) in some markets.

As per a report by SamMobile, the Android 11-based One UI 3.0 update for Samsung Galaxy A51 has firmware version A515FXXU4DUB1. The report claims that the update for the Samsung smartphone also includes the February 2021 Android security patch. With this, the Samsung Galaxy A51 joins a handful of smartphones that have got the latest security patch.

The Samsung Galaxy A51 update reportedly brings Android 11 features like one-time permissions, a dedicated conversations section in the notifications area, chat bubbles, and a dedicated media playback widget to the phone. It is also said to bring One UI 3.0-related improvements to the UI design, stock apps design, Dark Mode, Digital Wellbeing and Parental Controls, and Always-on Display.

If you have an eligible Samsung Galaxy A51 handset and want to check if the update has rolled out for your phone, you can go to Settings > System updates > Check for system updates > Download now > Install update.

Facebook, WhatsApp Blocked by Myanmar Junta as Opposition to Coup Grows
TVs Are Getting More Expensive in India and This Is the Reason Why