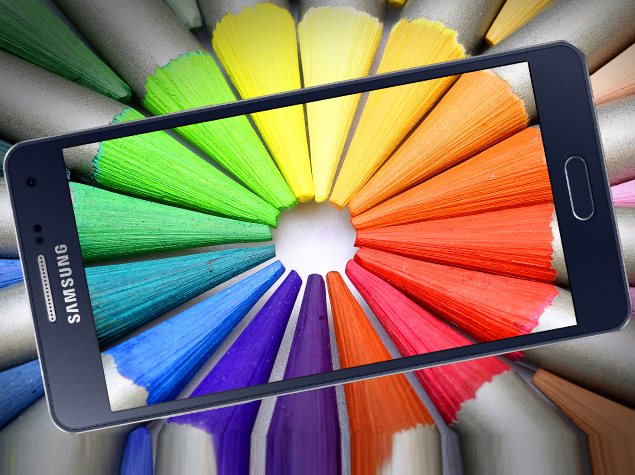 Samsung's metal-clad Galaxy A5, which was recently listed on the company's China website, has been priced at CNY 2599 (approximately Rs. 26,000).

While Samsung has listed the price of the Galaxy A5 (SM-A5000) on its China website, it does not provide an online purchase option - and instead guides users to retail stores.

Notably, the Samsung Galaxy A5 was listed on the company's China website last week in its dual-SIM version. Last month, while announcing the smartphone, Samsung had only unveiled the single-SIM variant of the Galaxy A5, alongside the Galaxy A3.

Apart from dual Nano-SIM support, the Galaxy A5 listed on the company's China website packs the same specifications as the single-SIM Galaxy A5. The website hasn't listed the Galaxy A3 as yet, but we expect that the company will also offer a dual-SIM variant of the smartphone, just like Galaxy A5. 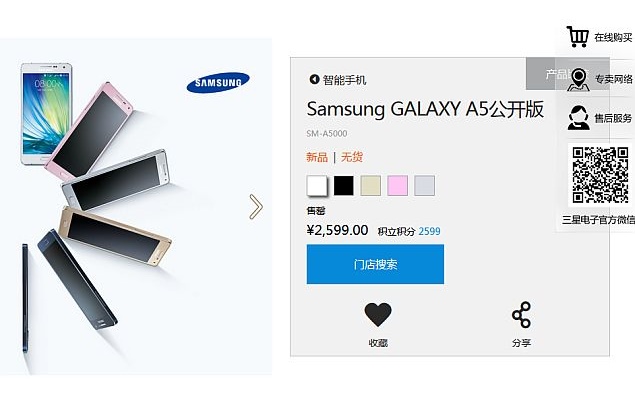 Samsung is yet to launch the device in regions other than China. Earlier this month, a report had noted that the rollout of the Samsung's Galaxy A series was delayed due to low production yields for the full metal bodies, but that the smartphone would still hit "select markets" including China in November. It said that both the smartphones were originally planned for Q3 launch, but because of Samsung having difficulties in producing the metal casings for its first full-metal unibody designed smartphones, the company instead announced the smartphones in Q4.

The report had noted that "the casings did not meet the quality requirements Samsung was aiming for, and only around 50 percent of the yield came out right."

Fighting criticism about its plastic bodied smartphones, Samsung had announced the all-metal Galaxy Alpha (Review | Pictures) in August, before introducing the metal-clad Galaxy A3 and Galaxy A5 in October. Notably, there is still no official word about the anticipated Galaxy A7, which was rumoured to be launched alongside the Galaxy A5 and Galaxy A3.
Affiliate links may be automatically generated - see our ethics statement for details.