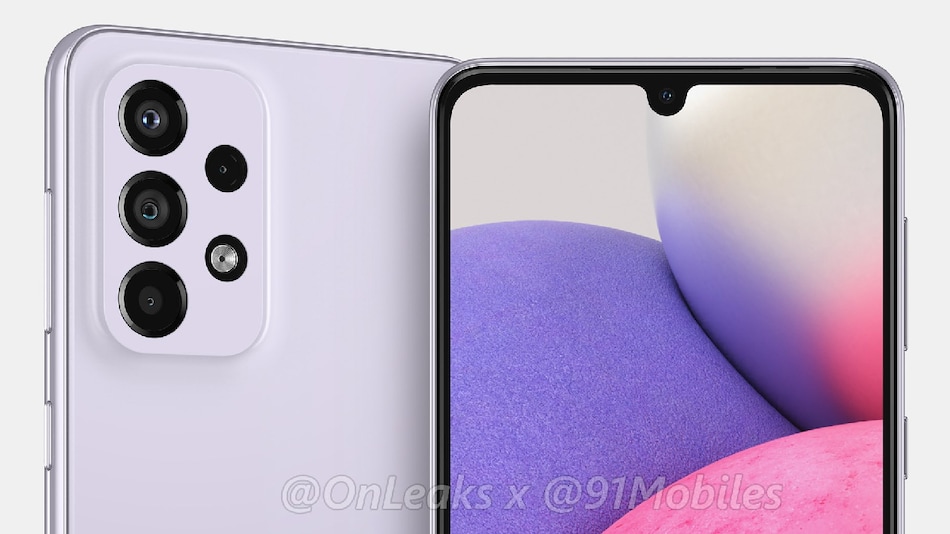 Samsung Galaxy A33 5G renders were shared by tipster Steve Hemmerstoffer (@OnLeaks), in collaboration with 91Mobiles. As mentioned, the leaked renders show the handset in Black and White colour options. The upcoming Samsung Galaxy A33 5G is seen sporting a 6.4-inch Infinity-U hole-punch display in the images. The phone is speculated to feature a full-HD+ Super AMOLED display.

Leaked renders suggest that the Samsung phone will come with a quad rear camera setup housed in a rectangular camera module. The power button and volume rocker are seen on the left spine of the phone. Furthermore, a microphone, a speaker grille, and a USB Type-C port are seen at the bottom. The Samsung Galaxy A33 5G is shown without a 3.5mm headphone jack. It is tipped to measure 159.7x74x8.1mm and have a thickness of 9.7mm.

To recall, the Samsung Galaxy A32 debuted globally in January this year and was launched in India in March with a price tag of Rs. 21,999 for the lone 6GB RAM + 128GB storage variant.

The handset features a 6.4-inch full-HD+ Super AMOLED Infinity-U Display with a 90Hz refresh rate. It has an octa-core MediaTek Helio G80 SoC, along with 6GB of RAM and 128GB of storage. The phone comes with a quad rear camera setup that houses a 64-megapixel primary sensor, an 8-megapixel secondary sensor, a 5-megapixel macro shooter, and a 5-megapixel depth sensor. It has a 20-megapixel selfie sensor. The Samsung Galaxy A32 packs a 5,000mAh battery that supports 15W fast charging.