Samsung Galaxy A32 5G is visible sporting a quad rear camera setup with each sensor having a separate cutout. 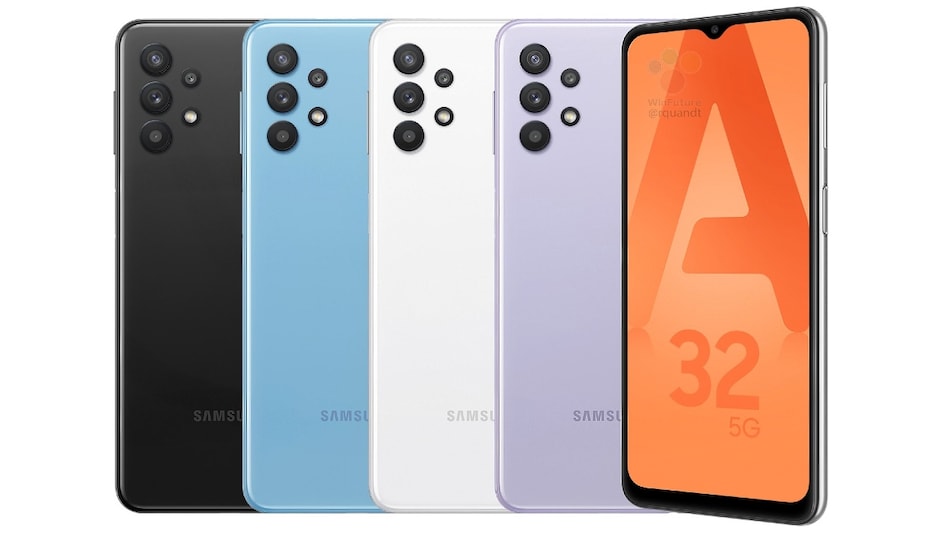 Samsung Galaxy A32 5G is speculated to be Samsung's most affordable 5G offering of 2021. Last week, the smartphone's support page was spotted on Samsung's UK and Ireland websites with the model number SM-A326B/DS, hinting that the launch may be soon. Besides that, a smartphone carrying the model number SM-A325F/DS spotted on the Bureau of Indian Standards (BIS) website is believed to be the Samsung Galaxy A32 4G. So, the smartphone can be expected in India soon.

The upcoming Samsung phone is expected to feature a 6.5-inch display and measure 164.2x76.1x9.1mm. A report from July 2020 had tipped that the Samsung Galaxy A32 5G will feature a 48-megapixel primary sensor.

The smartphone was also spotted on Bluetooth SIG website recently, suggesting that it will come with Bluetooth 5.0 support. Last month, the Samsung Galaxy A32 5G was also spotted in US Federal Communications Commission (FCC) and HTML5 test listings that revealed that the phone will come with NFC, 15W fast charging support, and Android 11 out of the box. While Samsung has not said anything about the Samsung Galaxy A32 5G, the press renders along with the earlier leaks suggest that the smartphone could launch soon, probably in Q1 2021.