Samsung Galaxy A3, Galaxy A5 Successors Leaked in Images 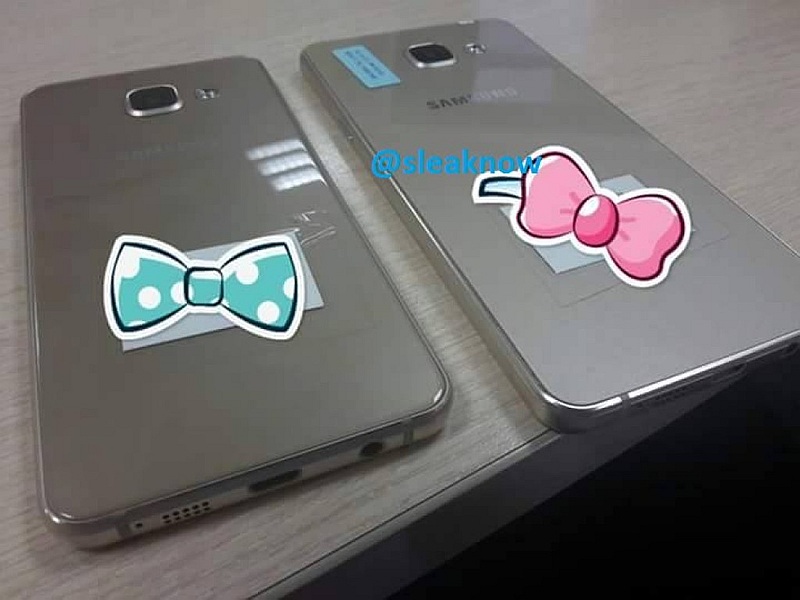 The anticipated successors of the Samsung Galaxy A3 and Galaxy A5 have once again been leaked on the Web, this time in images. The images show the back panel, bottom side, and the display of the two upcoming handsets.

Both the successors of Samsung Galaxy A3 and Galaxy A5 are seen featuring a design similar to their flagship siblings, the Galaxy Note 5 and the Galaxy S6. The smartphones sport a glass-like material on the back panel and a metal frame. The bottom side of both houses a headphone slot, Micro-USB port, and a speaker grille with mic. The rear camera and the LED flash are placed in the middle of the back panel. 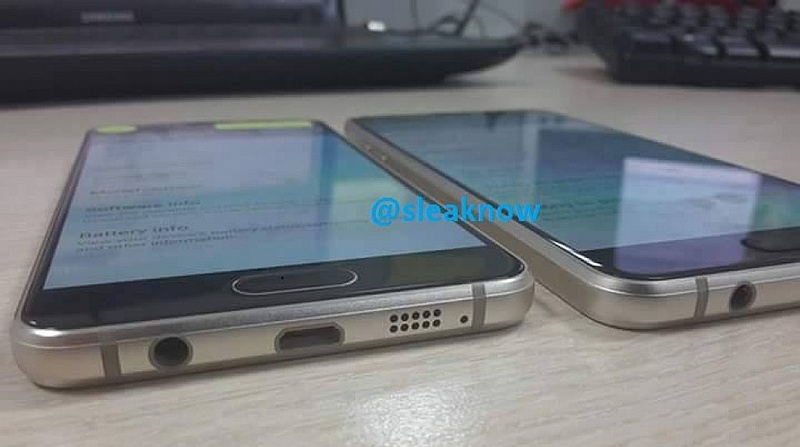 The images leaked by Sleaknow (via GSMArena) also show the display of the two smartphones with their purported official names - Samsung Galaxy A3 (2016 Edition) and Galaxy A5 (2016 Edition), something which is yet to be confirmed. The leak however, failed to reveal anything about the device's specifications. The Galaxy A7 is also conspicuously missing from the list.

As per the latest rumours and leaks, the Samsung Galaxy A3 (2016 Edition) aka SM-A310 will feature a 4.7-inch HD (720x1280 pixels) display and will be powered by an Exynos 7580 quad-core processor clocked at 1.5GHz coupled with 1.5GB of RAM. There is 16GB of inbuilt storage onboard, and the smartphone sports a 13-megapixel rear camera alongside a 5-megapixel front camera. 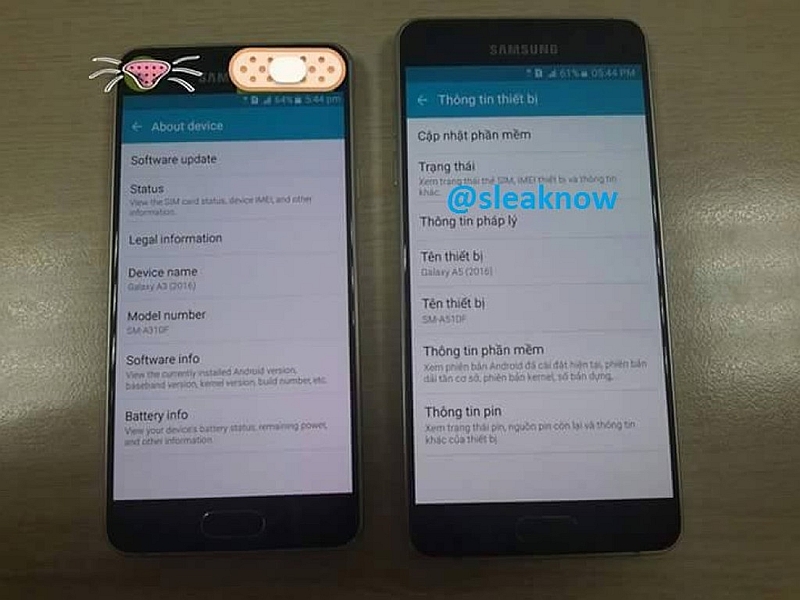 The Samsung Galaxy A7 (2016 Edition) is rumoured to run on Android 5.1.1 Lollipop and feature a 5.2-inch full-HD display. It will be powered by an octa-core Samsung Exynos 7 processor clocked at 1.6GHz, clubbed with ARM Mali-T720 and 2GB RAM. Other specifications include 16GB of inbuilt storage, 12-megapixel rear camera, and 4.7-megapixel front-facing camera.

The Galaxy A5 (SM-A510F) on the other hand was separately leaked to run Android 5.1.1 Lollipop and feature a 5.2-inch full-HD display. It is powered by an octa-core Samsung Exynos 7 processor clocked at 1.6GHz, clubbed with ARM Mali-T720 and 2GB RAM. It was tipped to feature 16GB of inbuilt storage, which would leave 11GB for users, and house a 12-megapixel rear camera with LED flash and a 4.7-megapixel front-facing camera. Both cameras will be able to capture videos in full-HD (1080x1920 pixels) resolution.