Samsung Galaxy A3, Galaxy A5 Metal-Clad Smartphones Start Rolling Out 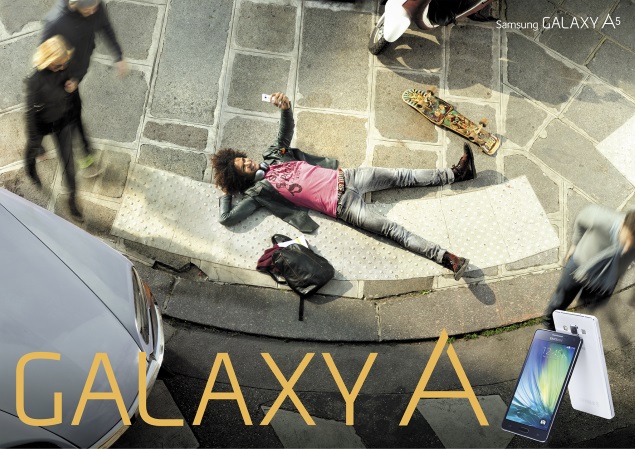 Samsung is slowly expanding the availability of its recently announced metal-clad Galaxy A3 and Galaxy A5 smartphones, with the latter thus far only available in China. The new Galaxy A-series smartphones are now available in Europe; though as of now in Russia only. Additionally, Samsung will be preloading a Themes app for its proprietary TouchWiz UI on the Galaxy A3.

The Galaxy A3 on the other hand comes with 4.5-inch qHD (540x960 pixels) AMOLED display; 1.2GHz quad-core processor; 1GB of RAM; 16GB inbuilt storage; expandable storage support via microSD card (up to 64GB); 8-megapixel rear camera with LED flash; 5-megapixel front camera, and Android 4.4 KitKat. Both the Galaxy A3 and Galaxy A5 were launched back in October.

In other news, GSMArena has reported that Galaxy A3 comes with a new Themes app for customisability of the TouchWiz UI. Notably, this is the first time that the South Korean handset maker is preloading an app for customising its proprietary UI. According to the publication, currently the Themes app on the Galaxy A3 features five themes namely Basic, Natural, Craft, Classic, and Sweet. The app allows users to change the default wallpaper, system icons, and system colours scheme as of now.

The report speculates that Samsung might preinstall the Themes app on the Galaxy A5 and the much-awaited Galaxy A7 smartphone.