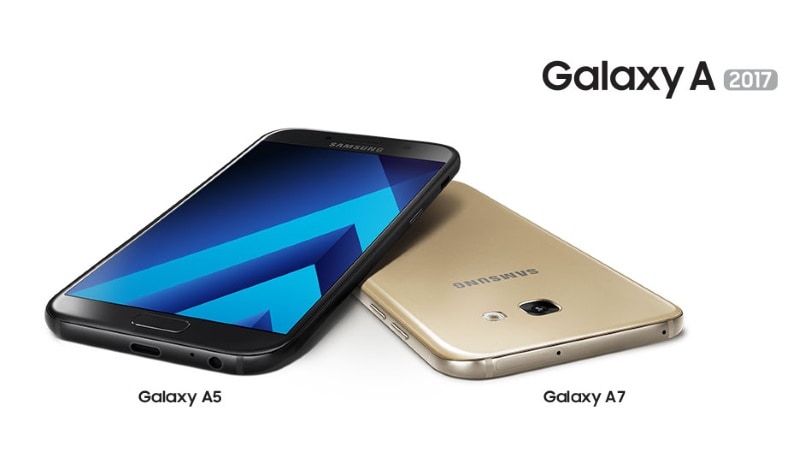 On basis of available information, not all three phones are available with all the retailers and there's some confusion about the phones going on general sale or being up for pre-orders, Android Headlines points out in its report. However, the shipments for the orders have reportedly started already.

The South Korean company's Galaxy A (2017) series smartphones were launched ahead of CES 2017 earlier this month and feature "enhanced" cameras compared to their predecessors, as per the company. The company says that the camera setup on these smartphones has been optimised for low-light conditions. The new smartphones also come with an impressive IP68 dust and water resistance.

All three Samsung Galaxy A (2017) smartphones feature support for storage expansion via microSD cards (up to 256GB), a fingerprint scanner embedded into the Home Button, as well as support for fast charge. The new Galaxy A series smartphones also feature a USB Type-C port and an always-on display.