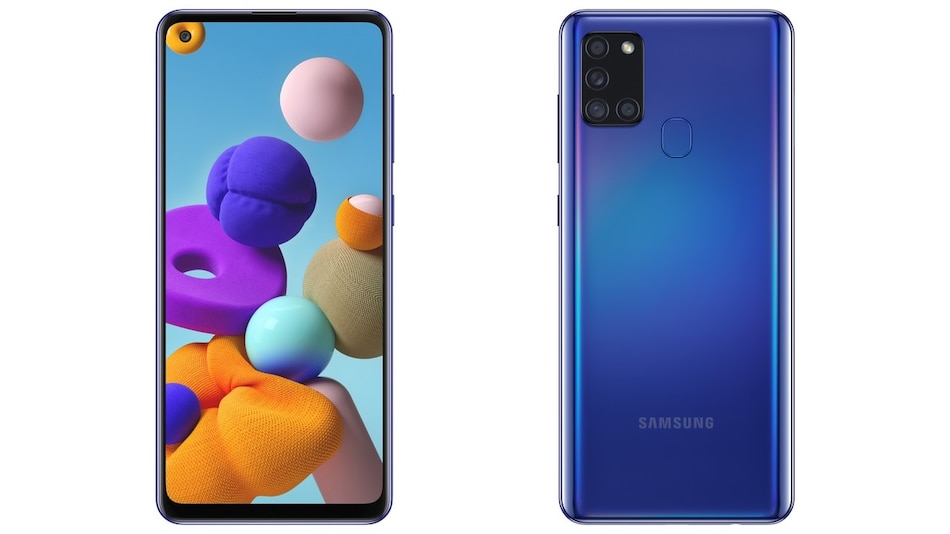 Samsung Galaxy A21s was launched by the company on Friday in London. The phone had seen quite a few leaks in the last few days after which Samsung has gone official with the phone. It comes with Samsung's Infinity-O display, a quad-camera setup, and a 5,000mAh battery. Samsung's upcoming mid-range phone also comes with Dolby Atmos audio. The phone will initially be available in the UK and will then go on sale in other parts of the world including India.

Samsung's Galaxy A21s features a 6.5-inch HD+ (720X1600 pixels) Infinity-O Display with 20:9 aspect ratio. It runs One UI on top of Android 10. The phone is powered by an octa-core (two quad cores clocked at 2.0GHz each) processor paired with 3GB of RAM and 32GB of inbuilt storage. The storage is expandable using a microSD card up to 512GB.

The phone packs a 5,000mAh battery with 15W fast charging support. It comes with a rear fingerprint sensor and facial recognition technology. The dimensions of the phone are 75.3 x 163.6 x 8.9mm.

Samsung Galaxy A21s will go on sale in the UK starting June 19. Price of the phone starts at GBP 179 (roughly Rs. 16,500). The availability of the phone in India is unknown so far. The colour options for the phone include Black, White, and Blue.

France to Impose Digital Tax This Year Regardless of Any New International Levy
Zomato to Lay Off Over 500 Employees, Announces Up to 50 Percent Pay Cut For Rest