We now have face for the Galaxy A20s 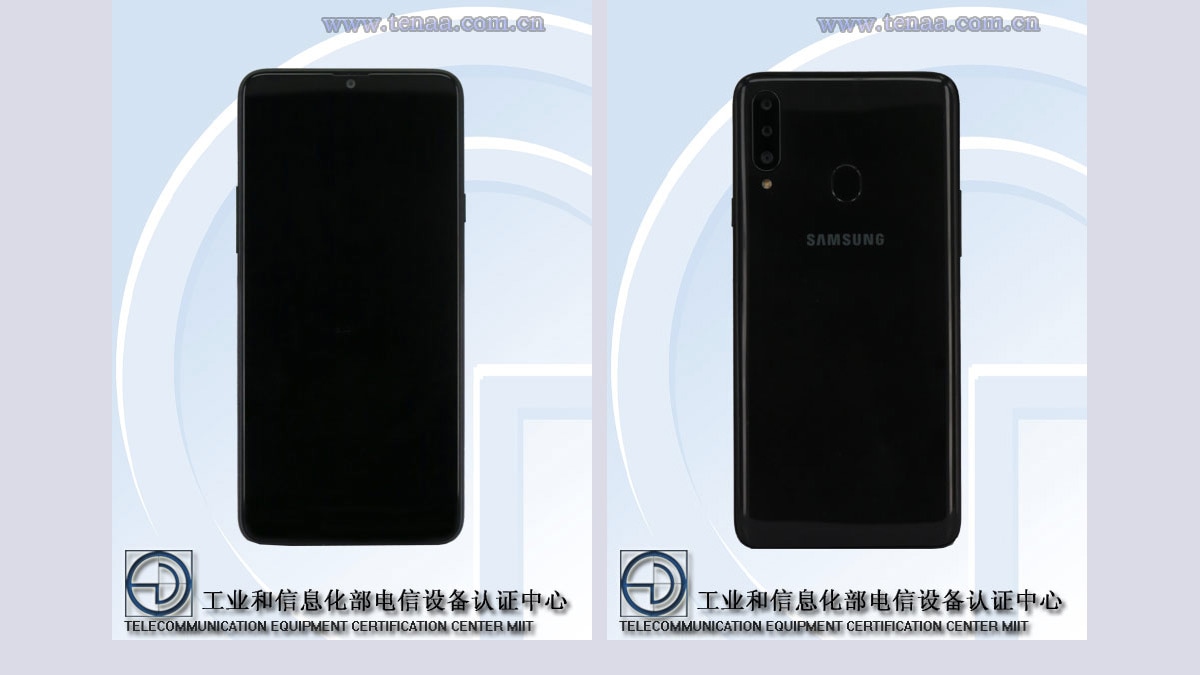 The Galaxy A20s could launch soon

Samsung Galaxy A20s may just have been certified, giving us a look at what the smartphone will look like. Now that the Galaxy Note 10+ launch is over and done with, Samsung is focussing on refreshing its Galaxy A-series smartphone. With a slew of new launches from Xiaomi and Realme, Samsung's current lineup is beginning to look a bit stale. The company recently announced the Galaxy A50s and Galaxy A30s, and according to a recent TENAA listing, the Galaxy A20s will also be arriving soon. The phone is listed on Chinese certification site, which hints at an imminent launch.

The new 's' refresh of the Galaxy A series brings in a new cosmetic design and updated specifications, but not all of them are direct successors to their corresponding models. The Galaxy A30s for instance features a HD+ display, instead of a full-HD+ display that's on the Galaxy A30 (Review). The Galaxy A20s hasn't been made official by Samsung yet but the recent TENAA listing suggests it definitely exists and should launch soon. The listing (in Chinese) states the model number as ‘SM-A2070,' which is the same number which popped up last week on the Bluetooth SIG certification site, and was thought to be the Galaxy A20s. Notably, the Samsung Galaxy A20s also received the Wi-Fi Alliance certification earlier this month carrying the model number SM-A207F/DS.

The TENAA listing doesn't have any more information about the phone, other than the fact that it's a dual-SIM device and will run on Android. According to a leaked listing of TENAA specifications on Slashleaks, the Galaxy A20s is expecting to feature a 6.49-inch display, measure about 7.99mm in thickness and pack in a 4,000mAh battery. The four images of the device on TENAA give us an idea how it will look. It's hard to tell what kind of Infinity cutout the screen will have but there's a definite presence of a notch with a selfie camera in it. The back of the phone has the three rear cameras, an LED flash and a capacitive fingerprint sensor.