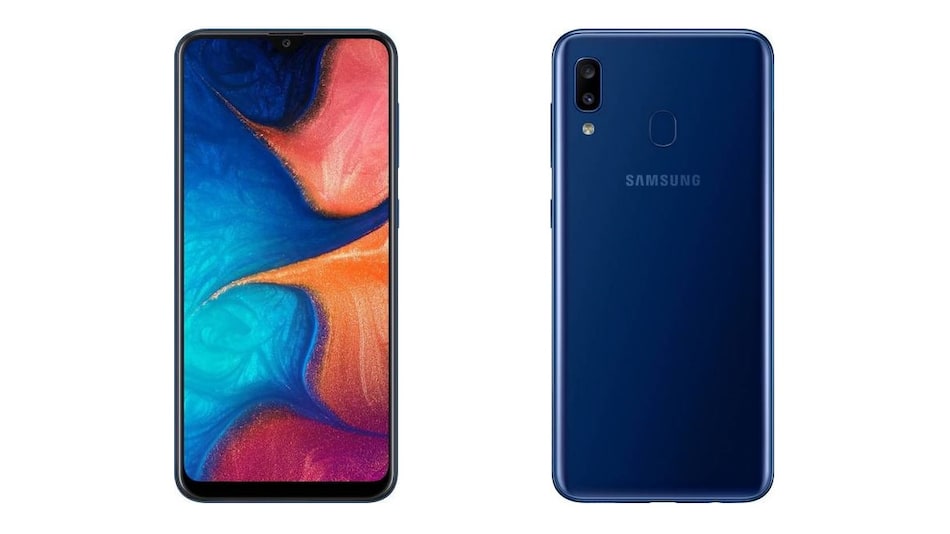 Currently, users in Russia, Vietnam, Philippines, and Chile are receiving the Android update

Samsung Galaxy A20 has reportedly started receiving the Android 10 update with One UI 2.0 on top. The smartphone was launched in March last year as Samsung's budget offering. The company brought Android 10 and One UI 2.0 to several Galaxy smartphones this month despite the disruption caused by COVID-19 pandemic. Now, the latest version of the Android operating system is being rolled out for Galaxy A20 as well, starting with countries like Russia, Vietnam, Philippines, and Chile.

According to a report by SamMobile, the Android 10 update for Galaxy A20 has been released in the above-mentioned countries. The update brings along the April 2020 security patch and the features that come with Android 10 and One UI 2.0. However, Galaxy A20, which falls under the affordable smartphone category, is not receiving the newer One UI 2.1 update. “...it probably won't see a bump in its One UI version until the Android 11 update comes along,” wrote the website.

The timeline for availability of Android 10 with One UI 2.0 for Samsung Galaxy A20 phones in India is not known yet. However, the update is expected to roll out in the rest of the markets, including India, in the near future.

You can check for the arrival of the update by going to Settings > Software update on your phone and install after downloading it if it is found there.

Samsung provided several smartphones with the Android 10 update this month. The phones include Galaxy A30s, Galaxy A10, Galaxy A20e, Galaxy J6, and Galaxy A6+.

YouTube Expands Fact-Check Features to US Video Searches During COVID-19 Pandemic
Zoom: US Authorities Reportedly Warn Zoom May be Vulnerable to Foreign Surveillance