Samsung Galaxy A12 may come with similar hardware as the Galaxy A11, but with a larger battery. 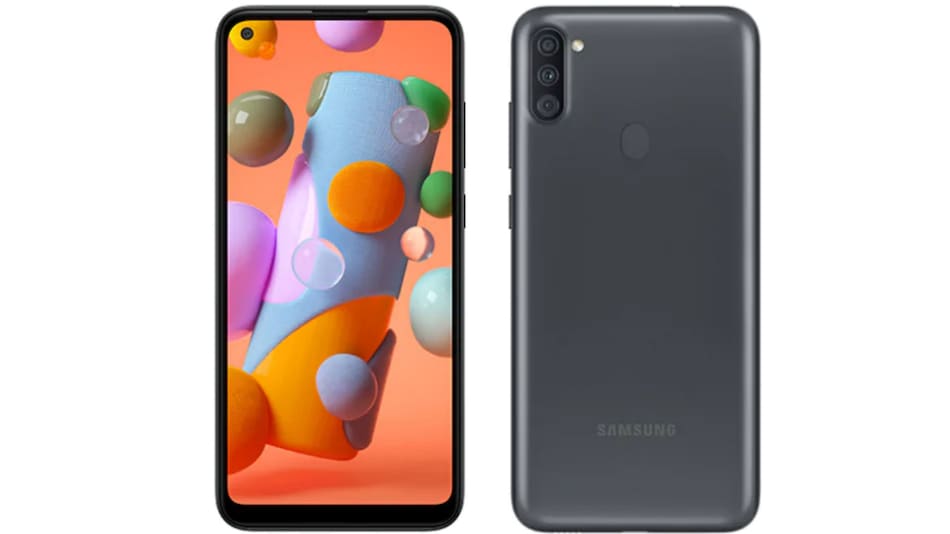 Samsung Galaxy A12 may come with NFC support

Samsung Galaxy A12 has been reportedly spotted on Geekbench with model number SM-A125F. The phone will be a follow up to Samsung Galaxy A11 that was launched in May this year. The Geekbench listing for Samsung Galaxy A12 shows a 3GB RAM variant that is powered by the MediaTek Helio P35 (MT6765) SoC. The phone first came under the spotlight back in August and at the time, it was speculated that it could come with two storage options and a triple rear camera setup.

The Geekbench listing shows a Samsung phone with model number SM-A125F, believed to be Samsung Galaxy A12. It runs on Android 10 and is powered by the octa-core MediaTek Helio P35 (MT6765) SoC. The phone is listed with 3GB RAM. No other RAM variants were mentioned. The purported Galaxy A12 scored 169 in single-core and 1,001 in multi-core benchmarks.

The Geekbench listing was first spotted by 91Mobiles and independently verified by Gadgets 360.

Back in August, a report suggested that the rumoured Samsung Galaxy A12 will have a 32GB and a 64GB storage model, with 3GB of RAM. There could be another RAM variant as well. It was also said that the phone will carry the same LCD display as well as the triple rear camera system present in Galaxy A11, but may come with a larger battery. The report also claimed that the Galaxy A12 could be offered in black, blue, red, and white colour options.

Earlier this month, a report by MySmartPrice stated that the Galaxy A12 was spotted on the NFC certification website, suggesting that it could come with NFC support as well.

As of now, Samsung has not shared any information on the Galaxy A12 and it's unclear when the phone will be launched.