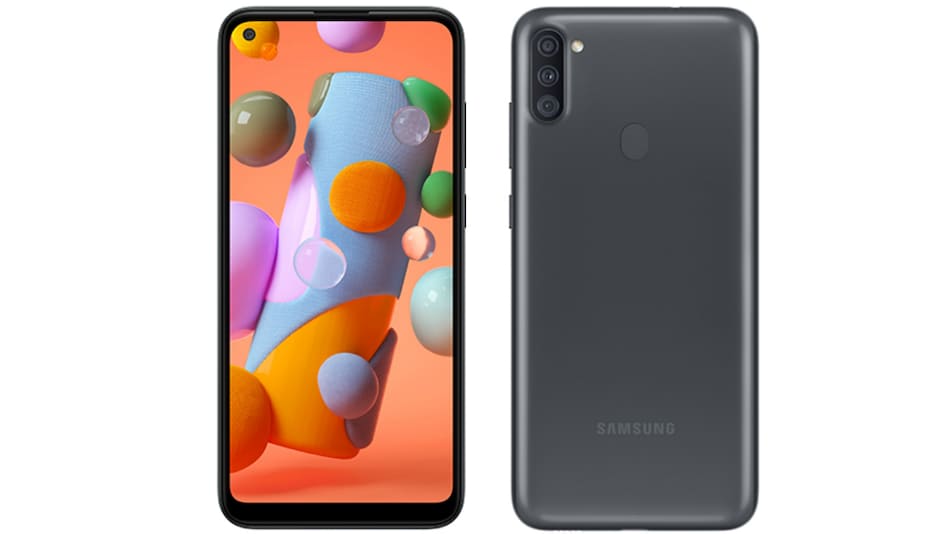 Samsung Galaxy A11 has quietly been made official on its website, listing specifications and official renders. The phone's availability and price is not listed yet, but the renders show a hole-punch design and a triple rear camera setup. The Samsung Galaxy A11 is listed to come in four colour options - Black, Blue, Red, and White. Samsung has already unveiled the Galaxy A51 and Galaxy A71 phones in the new Galaxy A-series portfolio for this year, and now the entry-level Galaxy A11 has also become official.

As mentioned, Samsung has not yet unveiled the Galaxy A11's availability and price. There's no word on which market the phone will be released in first. The pricing of the Samsung Galaxy A11 will vary depending on the market, and now that it is official, it should see market-wise launch soon. The phone is listed to come in four colour options – Black, Blue, Red, and White. The triple rear cameras at the back are aligned vertically placed in the top left corner of the panel. The volume and power buttons are housed on the right edge of the screen. The selfie camera cutout is positioned on the top left corner of the screen.

As for specifications, the Samsung Galaxy A11 will feature a 6.4-inch HD+ (720x1560 pixels) Infinity-O Display. The phone is powered by an unnamed 1.8GHz octa-core processor paired with 2GB and 3GB RAM. Inbuilt storage is at 32GB, and there's an option to expand it further via a microSD card (up to 512GB).

The triple camera setup at the back will include a 13-megapixel main camera with f/1.8 aperture, a 2-megapixel secondary sensor with f/2.4 aperture, and a 5-megapixel tertiary sensor with f/2.2 aperture. There's an 8-megapixel front camera with f/2.0 aperture. The Samsung Galaxy A11 will pack a 4,000mAh battery with 15W fast charging support. The device supports face recognition and a rear fingerprint sensor as well. The dimensions measure at 161.4x76.3x8.0mm and weighs 177 grams.