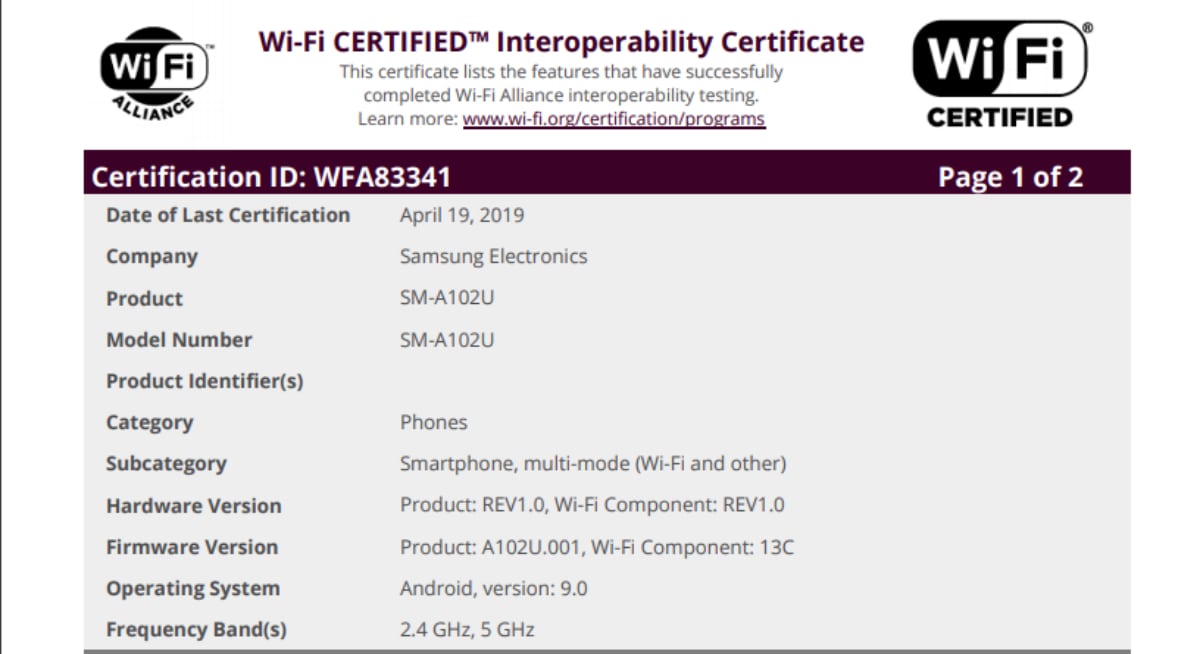 A new Samsung Galaxy A-series phone with model number SM-A102U has now received Wi-Fi certification, which means that it is really close to launch, and it will likely hit the shelves as the Galaxy A10e. As per the listing, the upcoming Samsung Galaxy A10e will run on Android Pie and support dual-band Wi-Fi 802.11 a/b/g/n/ac.The listing was first spotted by DroidShout, which also spotted the Bluetooth SIG database listing. That listing does little but match the model name with the Samsung Galaxy A10e.

There's little else that is known about the Galaxy A10e so far, but if Samsung were to adopt the same strategy as the recently launched Galaxy A20e, then this one presumably will be priced cheaper than the Galaxy A10, and be slightly inferior in hardware as well. To recall, key specifications of the Galaxy A10 are a 6.2-inch HD+ (720x1520 pixels) Infinity-V Display panel, octa-core Exynos 7884 SoC, 13-megapixel sensor, and a 3,400mAh battery.

The Samsung Galaxy A-series is becoming increasingly crowded, given that the company has managed to launch almost ten phones in the series this year. The phones are slightly different than each other and are also priced different catering to varied segments. However, this strategy seems to be working for the company as it has managed to sell 2 million units in "just 40 days" in India, earning a revenue of $500 million.

Twitter CEO Jack Dorsey Admits the Platform Makes It Easy to Abuse Others
Huawei Accused by US Intelligence of Being Funded by Chinese State Security: Report