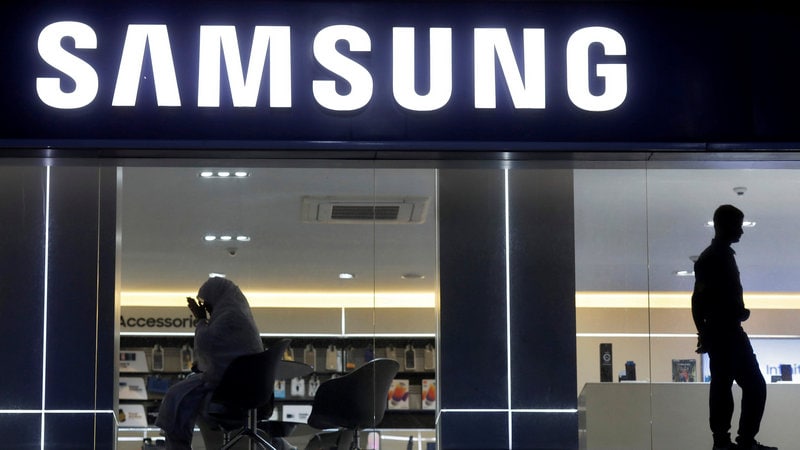 Samsung Galaxy A10, Galaxy A20, Galaxy A30 are set to be launched beginning March.

Samsung may be gearing up for its grand Galaxy Unpacked 2019 event next week, but that hasn't stopped the leaks for the company's other smartphones to pop up online. The specifications of the company next-generation Galaxy A-Series of smartphones have now surfaced online. The Samsung Galaxy A10, Galaxy A30, and Galaxy A50 will reportedly pack 4,000mAh batteries and come with a dedicated microSD card slot for storage expansion. The Samsung Galaxy A50 is said to be the most premium of the lot, with a triple rear camera setup, in-display fingerprint sensor, 25-megapixel selfie camera, and more.

According to a report in MySmartPrice, which seems to have got hold of the full specifications of the Samsung's next-generation Galaxy A-Series smartphones, the Samsung Galaxy A10, Samsung Galaxy A30, and Samsung Galaxy A50 smartphones will sport Infinity V or Infinity U screens. The Galaxy A10 is tipped to feature a plastic body and will be offered in Black and Gold colour options. The Galaxy A30 and Galaxy A50, on the other hand, may pack a '3D glossy' plastic body with Black, White, and Blue colour options. The two phones are said to have the same dimensions, build, and screen size.

The blog spotted the Galaxy A10 smartphone on the website of Wi-Fi Alliance as well, and the phone was listed running on Android 9 Pie. The report states that the dual-SIM phone features a 6.2-inch HD+ Infinity-V displa and is powered by the Exynos 7884B octa-core processor. The phone also pack 3GB RAM and 32GB internal storage, which can be expanded using a dedicated microSD card slot.

Additionally, the Samsung Galaxy A10 comes with a single 13-megapixel rear sensor with f/1.9 lens and a 5-megapixel front camera with f/2.0 lens. It packs a 4,000mAh battery and measures 155.6~CHECK~75.6~CHECK~7.94mm. Further, it features a MicroUSB port for charging and data transfer purposes. There is no fingerprint scanner and the phone is said to rely on Face Unlock and other traditional screen-unlock methods.

Additionally, the phone will come with a 4,000mAh battery with fast charging support and measure 158.5x74.5x7.7mm. Further, there will be a rear-facing fingerprint reader and USB Type-C port.

Samsung Galaxy A50 specifications (expected)
The dual-SIM Samsung Galaxy A50 is also said to be coming with a 6.4-inch FHD+ (1080x2340 pixels) Super AMOLED Infinity-U display with 19.5:9 aspect ratio. The phone will be powered by Exynos 9610 octa-core SoC, paired with 4GB RAM + 64GB storage and 6GB RAM + 128GB storage options. Expandable storage via a dedicated microSD card slot is also supported (up to 512GB).

The Galaxy A50 is rumoured to pack a triple rear camera setup with one 25-megapixel main sensor with f/1.7 lens, another 5-megapixel depth sensor, and an 8-megapixel fixed-focus ultra-wide camera with f/2.4 aperture. Up front, there is going to be a 25-megapixel selfie sensor with f/2.0 aperture. Additionally, it is expected to come with a 4,000mAh battery with 15W fast charging.

Earlier today, Samsung India told Reuters that it will launch a new Galaxy A-Series phone every month beginning March, through June. The phones will be priced between Rs. 10,000 and Rs. 50,000.