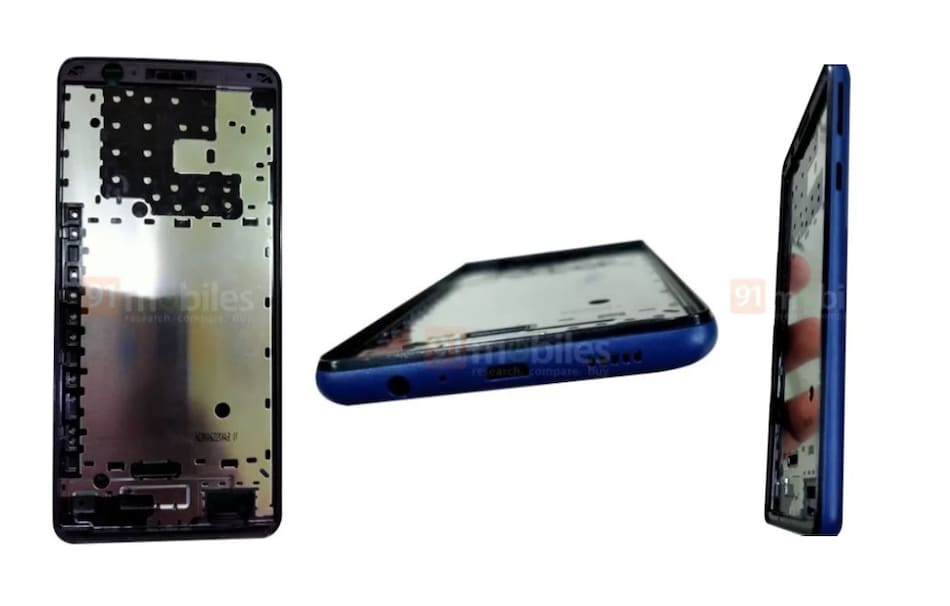 Samsung Galaxy A01 Core's new leaked live images offer more details on its design and a few other specs. Designed with thick bezels on the top and bottom, Samsung's upcoming phone may feature a conventional display aspect ratio. The photographs are believed to be of an unfinished Galaxy A01 Core, whose render leaks earlier revealed two textural finishes and single rear camera setup, which sits on top of the flash. The South Korean giant's newest offering is expected to run on Android Go and might be powered by the MediaTek HT6739WW SoC.

Revealed by 91Mobiles, the live leaks show the phone, believed to be Galaxy A01 Core, from the front in a stripped-down fashion. As thick bezels are seen on the top and bottom of the device, it is speculated that the Samsung device may stick to the tried-and-tested 18:9 ratio. A power button and a volume rocker are also spotted on the right spine. When seen from bottom, the model carries a 3.5mm headphone jack on the left side of the charging port and speaker grills to the right.

Last month, render leaks of Samsung Galaxy A01 Core showed that the device may come with a patterned rear panel design for better grip. It also revealed a single rear camera mounted on top of the flash and a selfie camera on the front, beside the earpiece.

Samsung Galaxy A01 Core is expected to run on Android Go. Powered by the MediaTek HT6739WW chipset, it might carry 1GB RAM. Past leaks also suggest a HD+ (720x1,480 pixels) with a pixel density of 320ppi. No fingerprint sensor was spotted in any of the leaks so far. The phone will support Bluetooth 5.0.

Samsung hasn't officially revealed any launch date or confirmed any of the specifications as of yet.