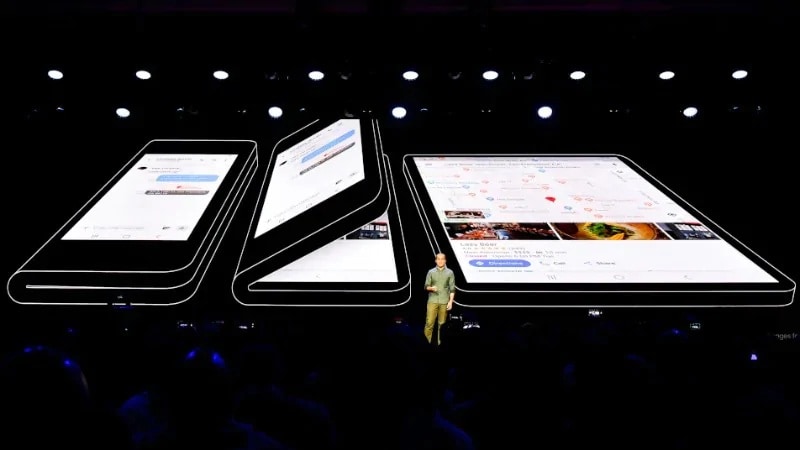 Samsung’s foldable smartphone might be priced around the EUR 2,000 mark

Samsung's upcoming foldable smartphone, expected to be called the Galaxy Flex, Galaxy Fold, or Galaxy F, has been making rounds of the rumour mill for quite some time. A new report surrounding the upcoming smartphone suggests that it will cost somewhere around EUR 2,000, which falls in the same ballpark as the pricing indicated by previous leaks. Another report claims that the upcoming foldable smartphone will come equipped with two 2,190mAh batteries that will grant it a total battery capacity of 4,380mAh, while the Galaxy A70 will reportedly feature a 4,400mAh battery to keep the lights on.

Starting with Samsung's foldable smartphone, a new report from TuttoAndroid suggests that the Galaxy F or the Galaxy Flex will reportedly be priced around the EUR 2,000 mark (roughly Rs. 1,62,100). However, it is not clear whether it is the price of the base variant or the top-end model of the upcoming foldable smartphone. Although the rumoured EUR 2,000 price is on the higher end of the spectrum, previous reports have indicated that the foldable Galaxy smartphone's price will range between GBP 1,500 (roughly Rs. 1,37,800) and GBP 2,000 (roughly Rs. 1,83,700).  Another report which surfaced back in November last year claimed that Samsung's foldable offering will be priced around the KRW 2 million (roughly Rs. 1,26,200 ) mark.

A different report from GalaxyClub has shed some information about the foldable smartphone's battery, claiming that it will come equipped with two batteries of 2,190mAh capacity each. The two individual batteries, with the code names EB-BF900ABU and EB-BF901ABU, will grant the foldable device a net battery capacity of 4,380mAh. However, a previous report from the same publisher mentioned that the foldable smartphone will pack two batteries of 3,100mAh capacity each, granting the device a total battery capacity of 6,200mAh.

It has also been reported that Samsung's Galaxy A70 smartphone will pack a large 4,400mAh battery, but no additional details about the upcoming smartphone's hardware specification are known as of now. As per a previous report,  the Galaxy A70 might be launched at some point in February this year and will reportedly feature Samsung's Infinity Display. However, it is not clear whether it will sport an Infinity-O, Infinity-V, or an Infinity-U panel. It has also been reported that the Galaxy A70 will come equipped with an optical in-display fingerprint sensor and might be officially announced later this year.

15 Fake GPS Apps Spotted on Google Play With Over 50 Million Downloads: ESET
Your Privacy Is at Risk Even if You Are Not on Facebook or Twitter