This may be one of the two foldable smartphone designs that Samsung was recently reported to be working on. 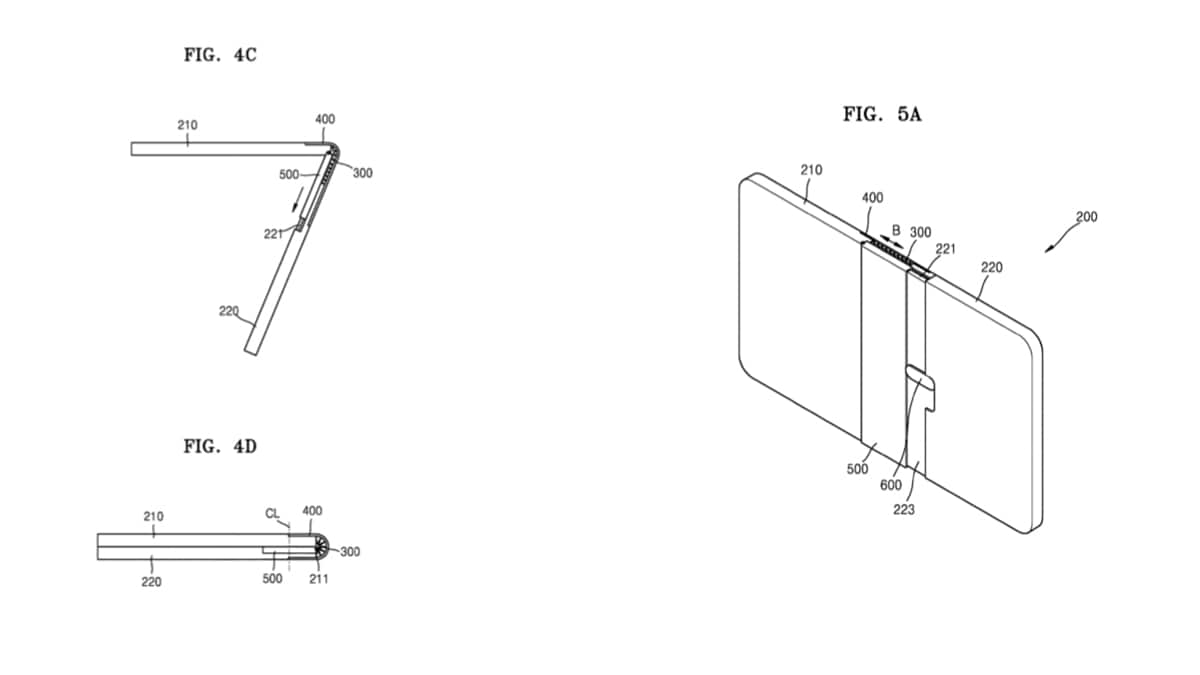 Samsung showcased its first foldable smartphone, the Galaxy Fold some time ago but things didn't go as planned for the South Korean smartphone maker. A few review units showed issues with their foldable display causing Samsung to delay the launch until it could make the necessary improvements. The Galaxy Fold had an in-folding display design but it looks like Samsung did consider an out-folding design based on newly published patents. These design patents were applied for in the US late last year and in Korea in December 2015. The US patent was only published earlier this week though.

It's been reported that Samsung is working on two more foldable smartphone modes. It is said to be developing a vertically folding design similar to a flip-phone and the other is a clamshell-like design similar to the one seen on Huawei's Mate X. Samsung was reported to reveal the vertical-folding phone late this year or early next year. The out-folding design exists as a prototype but will be announced at a later point.

The patent seen at the United Stated Patent and Trademarks Office (USPTO) of the out-folding device shows a flexible display mounted on two separate cases joined by a hinge with a sliding mechanism. When folded, the slide cover slides back towards the case allowing the display to fold. The slide cover helps the display fold easily when it slides back, and helps it stay firm in the unfolded state. A locking mechanism is also visible from the patent drawings which locks the sliding cover in place when the device is unfolded.

This patent was first spotted by Patently Mobile. We have already seen a folding design in the form of the Galaxy Fold from Samsung while two other designs are still in the works. With the patent already in place, Samsung could very well reveal a device with an out-folding design soon. Of course, patents are filed in their thousands by companies, and a patented concept may never turn into an actual product - thus what we're seeing here may remain on the drawing board.

Google Duplex Reservation Calls Handled By Humans in 1 Out of 4 Times: Report
5 Reasons Why Everyone Should Upgrade to This New Powerful Smartphone