Samsung's Foldable Smartphone Will Be a Tablet That Can Be Folded Into a Phone, Confirms CEO DJ Koh 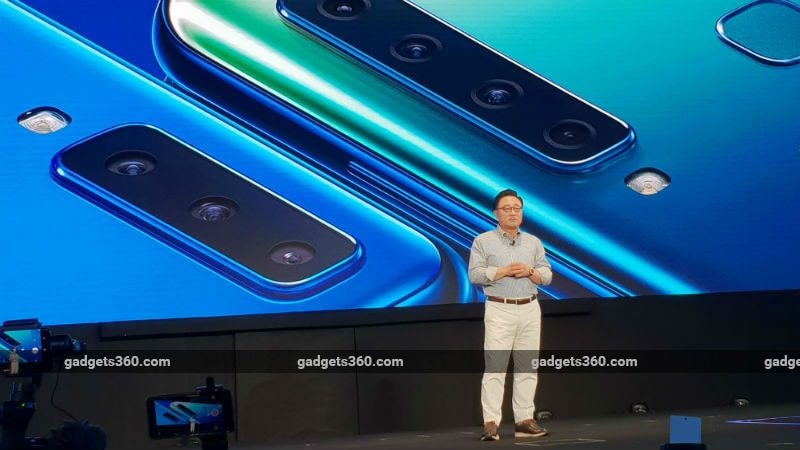 DJ Koh, at the sidelines of Galaxy A9 launch, said that the foldable phone won't be a "gimmick product"

Samsung's first foldable smartphone has been a part of the rumour mill for quite some time now. Earlier in 2018, the South Korean giant's mobile division CEO DJ Koh had announced that the hotly-anticipated handset could finally become a reality by November this year. While leaks and speculations are still doing the rounds, Koh has given out some of the details of the upcoming device. He has reportedly confirmed that the Samsung foldable device will work as a tablet users could fold into a smartphone that can fit into a pocket. With this feature, users will also get multitasking capabilities in the device along with easy portability.

At the sidelines of the Samsung Galaxy A9 launch at an event in Kuala Lumpur, in an interview with CNET, DJ Koh spilled some beans on Samsung's upcoming foldable handset. He stressed that the company will deliver a foldable phone only when it is "really meaningful to our customer." Koh was quoted as saying, "If the user experience is not up to my standard, I don't want to deliver those kind of products."

Koh reportedly said that the foldable smartphone will not be a "gimmick product" that will "disappear after six to nine months after it's delivered." He also noted that the handset will be available internationally, unlike smartphones like the Galaxy Round that came with a curved display but was available only in its home country.

Meanwhile, Koh did not reveal any specifics of the display of the foldable phone but said that a larger screen is important in smartphones. Giving examples of how the company's Galaxy Note lineup paved the way for larger handsets from rivals like Apple and Google, Koh hinted that the foldable phone would allow for display sizes of over 6.5-inches. Hopeful about the prospects of the handset, Koh said, "Possibly when we start selling the foldable phone, it may be a niche market, but definitely, it will expand." He added, "I'm positive that we do need a foldable phone."