Samsung's Foldable Phone to Finally Launch Early Next Year, Will Be Priced Above $1,500: Report 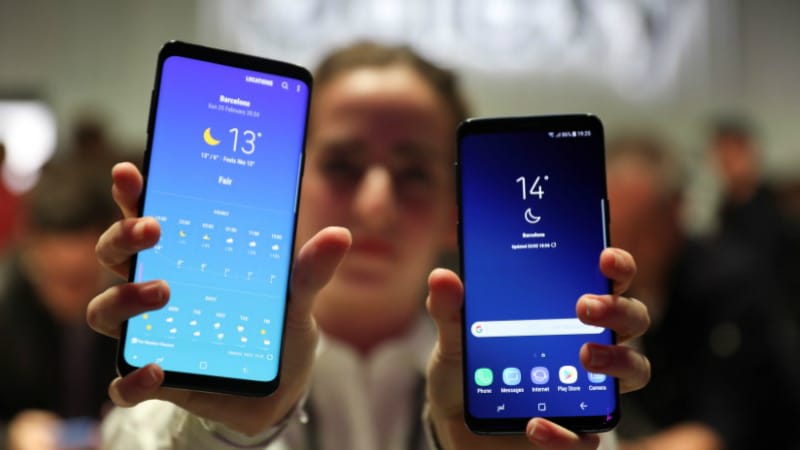 Samsung's long anticipated foldable smartphone is now anticipated to be launched early next year. This development comes just days after the South Korean giant reported slumping smartphone sales in the previous quarters. A new report reveals that this new smartphone from Samsung has been internally codenamed "Winner" and will sport a 7-inch tablet-like all-screen display with the ability to fold it into the form factor of a regular smartphone.

The new foldable smartphone from the Seoul-headquartered tech giant will create a new product category in the mobile market and this will be Samsung's third offering in the flagship range, alongside the Galaxy S and Galaxy Note series, reports Wall Street Journal, citing sources familiar with the matter. Intially, according to the report, this foldable smartphone will be targeted at specific markets including mobile gamers. Following feedback, a wider rollout is expected in the second half of 2019. The report also goes on to state that while this phone might not be massive success early on, Samsung aims to be the first major mobile manufacturer to get this kind of a technology out in the market.

To recall, back in January this year, Samsung had mentioned in its product roadmap a focus on foldable smartphone technology. Following that, Samsung mobile chief DJ Koh, on the sidelines of the Galaxy S9 launch in Barcelona, had claimed that the foldable smartphone wasn't just a gimmick and foldable OLED phones will be brought this year to differentiate from the competition. Thus, if the WSJ report is to be believed, Samsung's foldable smartphone has been delayed.

Earlier this month, rumours had surfaced online pointing towards the launch of a foldable Galaxy X smartphone at CES 2019, which is in January next year. Some reports claim the phone could be priced as high as $1,850 (around Rs. 1,27,300).

As per the Wall Street Journal, the upcoming "Winner" smartphone when folded will have a small display on one side of the exterior and cameras on the other. Potential overheating issues are a matter of concern, according to the sources, with costs also rising thanks to the need of powerful components. WSJ estimates a price point no less than $1,500 (roughly Rs. 1,03,200).

Separately, the report points towards the upcoming launch of a Bixby-powered voice-activated speaker that will most likely debut next month - possibly, alongside the Galaxy Note 9 on August 9. Codenamed "Lux", this smart speaker will reportedly retail at $300 (roughly Rs. 20,600) and be marketed as a high-end music player to take on the likes of Apple HomePod and Google Home Max.