Samsung is yet to officially announce pricing for the Galaxy Z Fold 4 in India. 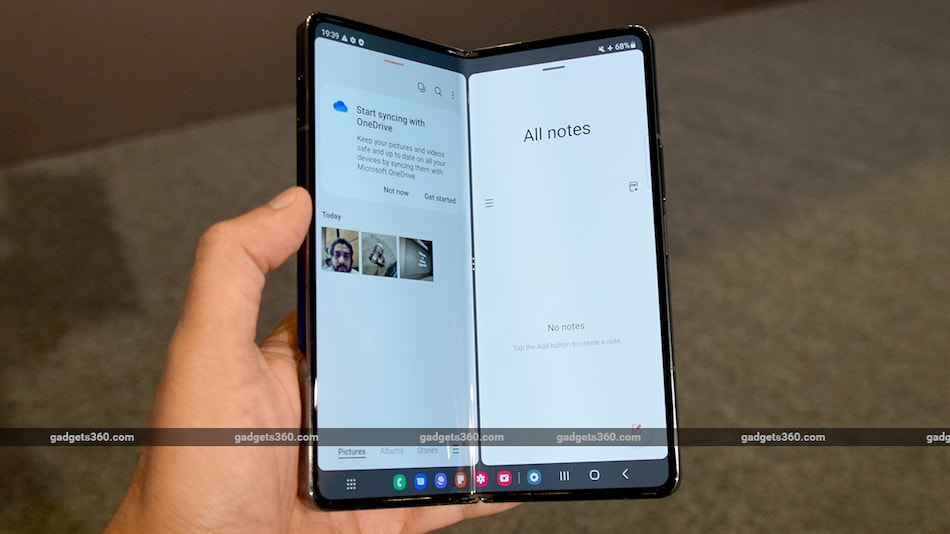 Samsung plans to start selling its premium Galaxy Z Fold 4 smartphone from September in India and it will be the most expensive handset from the company's stable in the country, according to company sources cited by PTI. While the global launch price of $1,799 (roughly Rs. 1,42,700) for the Samsung Galaxy Z Fold 4 is the same as its previous version, Indian consumers may have to shell out more due to depreciation in the rupee and higher taxes.

Samsung Galaxy Z Fold 3 was launched in India priced between Rs 1.49 lakh to Rs 1.57 lakh, while the Galaxy Z Flip 3 was launched the price range of Rs 84,999 to Rs 88,999. However, the the new versions of the devices are expected to be priced higher, according to PTI.

Gadgets 360 has reached out to Samsung for details related to the launch of the Galaxy Z Fold 4 in the country.

"All the devices including Fold 4 will be available in India from early September. Fold 4 is the most premium device that Samsung has launched till date. Indian consumers may have to pay a little more for the Fold 4 because of depreciation in the value of rupee against US dollar," a company source told PTI.

According to Counterpoint Research, Samsung captured 81 percent market share in the Rs. 1 lakh and above smartphone category in March 2022. Samsung's ultra-premium device Galaxy S22 Ultra accounted for around 74 percent of the volume.

In February, the company launched the Galaxy S22 series in India, with prices starting at Rs 72,999.

On Wednesday, Samsung also launched the Galaxy Buds 2 Pro with 24-bit audio which it claims will provide 256 times more detail compared to 16-bit sound devices that have been available in the market.