Samsung Galaxy Flip 4 is said to be powered by two batteries with different capacities. 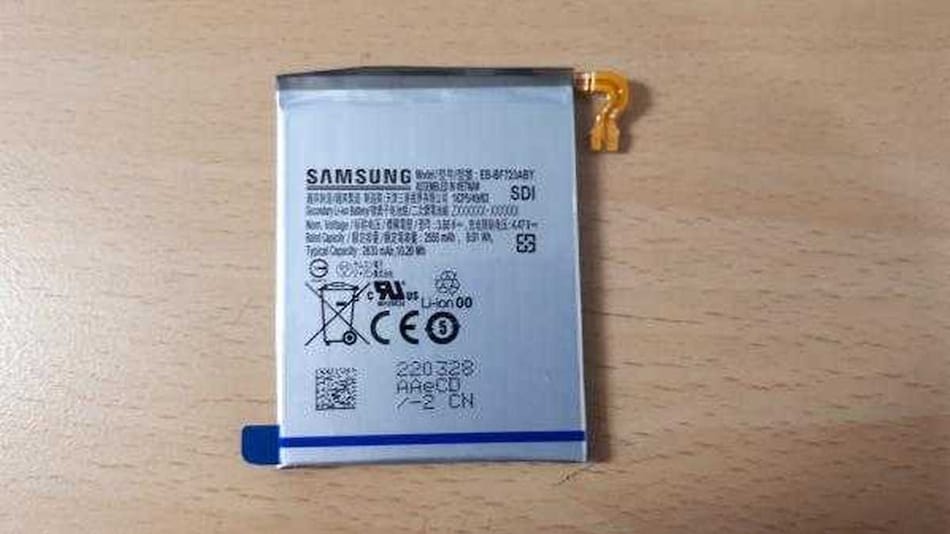 The images of Galaxy Z Flip 4 batteries have surfaced online

Samsung Galaxy Z Flip 4 battery images have reportedly surfaced and hint at a major upgrade in the battery capacity of the foldable smartphone from Samsung. The Galaxy Flip 4 is said to be powered by two batteries with different capacities and the charging speed is also expected to be increased to 25W. The handset's live images were leaked online recently and it appeared to sport a design similar to its predecessor. The South Korean company is yet to officially announce the smartphone but a previous report had suggested that the pre-orders on the Galaxy Flip 4 would start on August 10 and the smartphone will be available for purchase from August 26. The handset is expected to come in four colour options.

This is a greater battery power as compared to that of the Galaxy Z Flip 3, for which the battery capacity stood at 3,300mAh. The charging speed of the Galaxy Flip 4 is expected be 25W, which is greater than that of the Flip 3 which stood at 15W. As we mentioned, a recent report had shared purported live images of the Samsung Galaxy Z Flip 4, and it had indicated the smartphone would sport a larger cover display than its predecessor.

A recent report had tipped the launch date and colour options of the smartphone from Samsung. Samsung is said to host an event in August where it is expected to launch the Galaxy Flip 4. As mentioned earlier, the smartphone is expected to be announced and available for pre-order on August 10. It is said to go on sale on August 26 in Blue, Bora Purple, Graphite, and Pink Gold colour options.