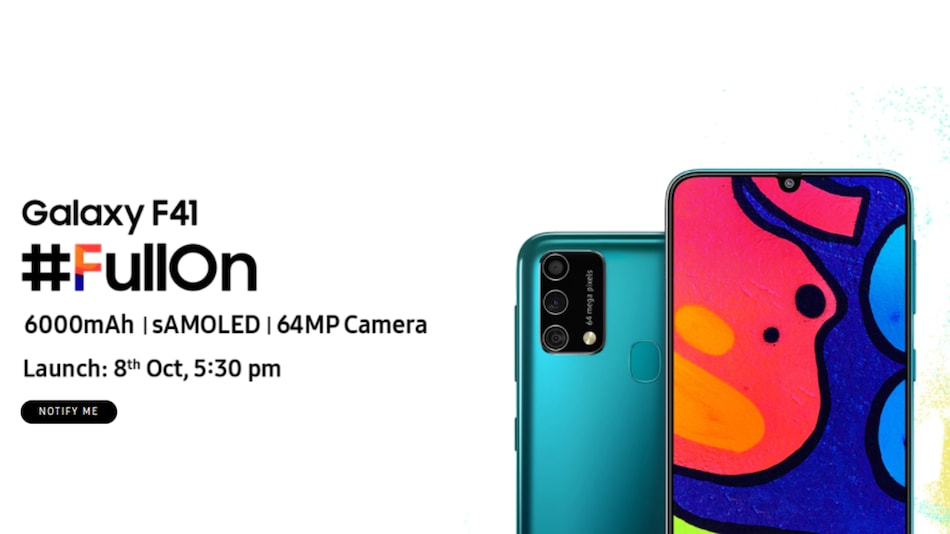 It was earlier also reported to be a rebadged Samsung Galaxy M31. Official details on pricing should be released in a few hours. The phone will go on sale via Flipkart and Samsung online store when it launches. Flipkart has published a dedicated page teasing the Samsung Galaxy F41, and it is also taking registrations of interest. The phone is rumoured to come in Black, Blue, and Green colour options.

As per teasers on Flipkart, the Samsung Galaxy F41 is set to feature a Super AMOLED Infinity-U display with thin bezels. The phone is teased to have a triple rear camera setup at the back with 64-megapixel main camera. It is also confirmed to pack a large 6,000mAh battery and have a rear fingerprint sensor on board.

The Samsung Galaxy F41 was spotted on Geekbench recently, and it is tipped to be powered by the Exynos 9611 SoC, have 6GB of RAM, and run on Android 10.

Schematics leak of the phone suggests the presence of USB Type-C port, 3.5mm headphone jack, and a single bottom firing speaker in the phone. A tipster also shared that the Galaxy F41 will support fast charging and be offered in two RAM and storage configuration.