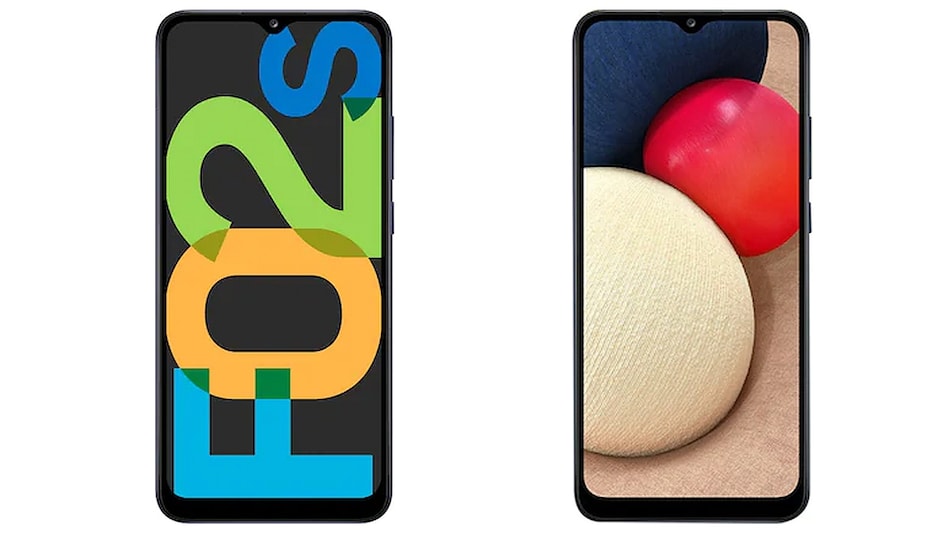 Samsung Galaxy F02s and Galaxy M02s are reportedly receiving their Android 11-based One UI 3.1 Core updates in India. There is no information when other regions will receive the updates, however, they can be expected to roll out soon. The update comes bundled with the April 2021 Android security patch for both the smartphones. Since both smartphones share identical specifications, they also come with identical software. Samsung Galaxy F02s and Galaxy M02s were launched with Android 10-based One UI out-of-the-box.

The One UI 3.1 Core, based on Android 11, update for Samsung Galaxy M02s was reported by a user on Samsung's community forum. It was first spotted by PiunikaWeb. In its report, the publication mentioned that since Galaxy F02s shares its hardware with the Galaxy M02s, the former will also be getting a near identical firmware update to the latter. However, there have been no user reports to confirm the changelog for the Galaxy F02s. Regardless, both smartphones will get a refreshed UI, stronger privacy protection, and performance improvements.

The firmware version for Samsung Galaxy F02s is E025FXXU1BUDC. Galaxy M02s comes with the firmware version M025FXXU2BUDC and is 1362.72MB in size. Since the updates for both the smartphones is touted to be similar, users can expect that the update size for Galaxy F02s will also be similar to Galaxy M02s. Nevertheless, it is advised that both smartphones should be updated while they are connected to a strong Wi-Fi connection and are put on charging. To manually check for the update, head to Settings > Software update > Download and install.

Samsung Galaxy F02s was launched in April 2021 and sports a 6.5-inch HD+ Infinity-V Display. It is powered by a Snapdragon 450 SoC paired with up to 4GB of RAM. The smartphone features up to 64GB of onboard storage that is expandable up to 1TB via a microSD card. For optics, it features a triple rear camera setup with a 13-megapixel primary sensor, two 2-megapixel depth and macro sensors, and a 5-megapixel selfie camera sensor. Galaxy F02s packs a 5,000mAh battery with 15W fast charging support.

Nearly identical to the Galaxy F02s, the Galaxy M02s was launched in January 2021 and features a 6.5-inch HD+ waterdrop-style notch TFT LCD display. It is also powered by a Snapdragon 450 SoC paired with up to 4GB of RAM. Galaxy M02s features up to 64GB of RAM which, again, is expandable up to 1TB using a microSD card. In the camera department, both phones feature an identical setup with a 13-megapixel primary sensor, two 2-megapixel depth and macro sensors, and a 5-megapixel selfie camera sensor. The smartphone packs a 5,000mAh battery with 15W fast charging support.