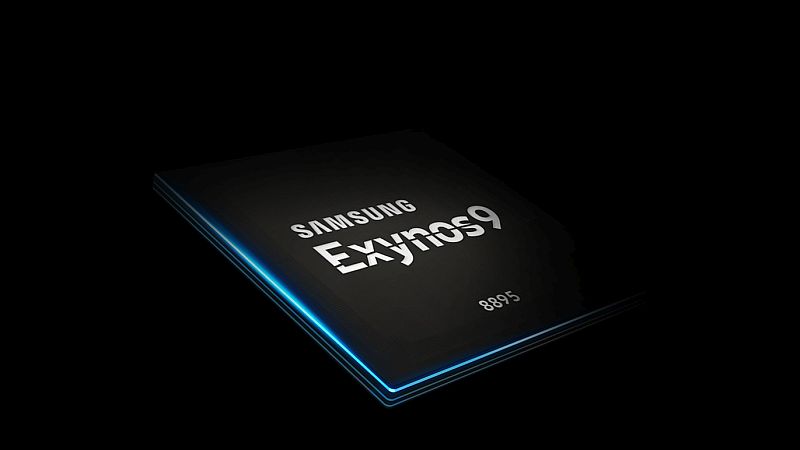 The new premium processor is said to bring improvements which allow up to 27 percent higher performance while consuming 40 percent less power when compared to 14nm technology. The Exynos 8895 octa-core processor comprises four of Samsung's second-generation custom designed CPU cores in addition to four Cortex-A53 cores. "With Samsung Coherent Interconnect (SCI) technology, the latest processor integrates a heterogeneous system architecture that allows faster computing for a wide range of applications such as artificial intelligence, and deep learning," said Samsung in a statement.

The Exynos 8895 comes with advanced MFC (Multi-Format Codec) and supports recording and playback of video contents at maximum resolution of 4K UHD at 120fps. On the optics front, the processor supports higher resolutions of up to 28-megapixel for both rear and front cameras. For dual-camera setup, the Exynos 9 Series 8895 supports a combination of 28-megapixel and 16-megapixel cameras.

Additionally, the Exynos 8895 features a VPU (Vision Processing Unit) that is designed for machine vision technology and it improves the recognition of an item or its movements by analysing the visual information coming through the camera. The Exynos 9 Series SoC is widely expected to be included in the Galaxy S8 which is likely to be powered by the latest in-house chipset - or at least, one variant of the smartphone will be powered by the Exynos processor.

"In addition to being built on the most advanced 10nm FinFET process technology, the new Exynos 9 Series 8895 incorporates Samsung's cutting-edge technologies including a second-generation custom CPU, gigabit LTE modem, and more. With industry leading technologies like VPU, the Exynos 8895 will drive the innovation of next generation smartphones, VR headsets, and automotive infotainment system," said Ben Hur, Vice President of System LSI marketing at Samsung Electronics.

Tesla Says Model 3 on Track for Volume Production by September