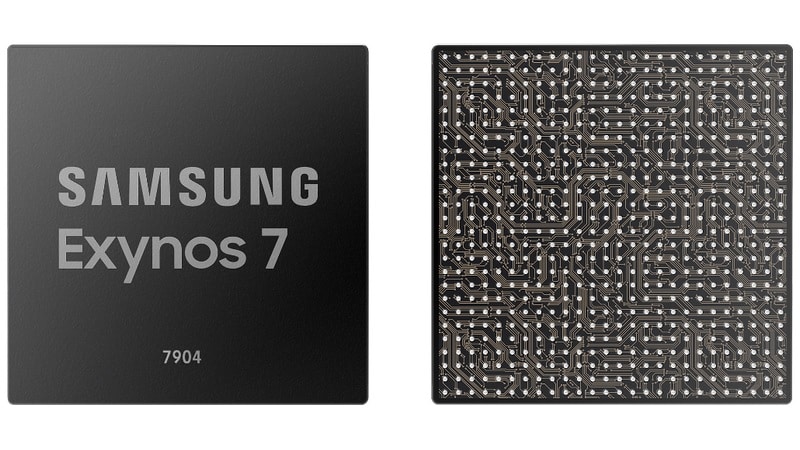 Exynos 7904 has support for triple rear cameras or a single camera with up to 32-megapixel resolution.

The latest offering from Samsung's semiconductor division is based on the 14nm process and employs eight cores arranged in a 2+6 core cluster. The architecture consists of two Cortex-A73 cores clocked at 1.8GHz for resource-intensive tasks, while six Cortex-A53 cores are clocked at 1.6GHz to handle regular tasks that don't require heavy processing. Samsung claims that the Exynos 7904 SoC will excel at the parameter of single-core performance, paving the way for a smooth user experience when it comes to tasks like launching apps and web browsing among others.

The Samsung Exynos 7904 SoC is also aimed to bring some impressive imaging capabilities to mid-range smartphones. The new SoC has support for triple rear cameras, which means significantly better bokeh results, or a single rear camera with a resolution of up to 32-megapixel. It also supports full-HD (1920 x 1080 pixels) video playback at 120fps and UHD (3840 x 2160 pixels) video playback at 30fps. Moreover, the chipset is also capable of powering smartphones with a display resolution of up to full-HD+.

On the connectivity front, the Samsung Exynos 7904 SoC comes equipped with an embedded LTE modem which has support for Cat.12 3-carrier aggregation (CA) standard which facilitates a peak downlink speed of 600Mbps. As we mentioned, the new Exynos 7 series SoC has already entered the mass production cycle, and in the words of Samsung, it has been "customised for India". However, Samsung has not revealed any details regarding the brand partners who will launch Exynos 7904 SoC-powered smartphones in India and neither an expected timeline has been revealed as to when such smartphones will hit the market.