Samsung Exynos 2200 SoC is claimed to offer PC/ console-like gaming on a smartphone. 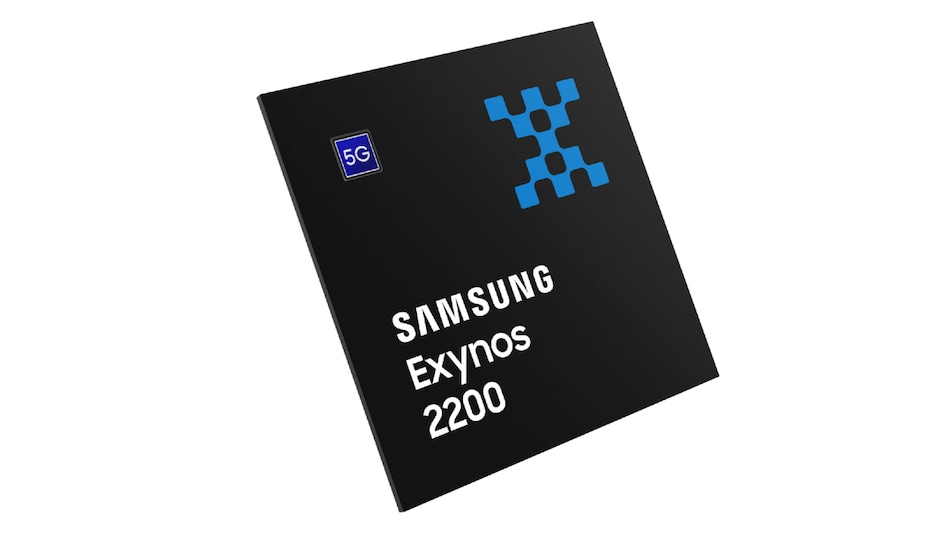 Samsung Exynos 2200 system-on-chip (SoC) was unveiled on Tuesday as the South Korean company's answer to the Qualcomm's flagship Snapdragon 8 Gen 1 SoC. The SoC packs Samsung's Xclipse GPU based on AMD RDNA 2 architecture that, along with an upgraded neural processing unit (NPU), is claimed to enable “ultimate mobile phone gaming experience”, as well as enhanced experience in social media apps and photography. Samsung says that Exynos 2200, which is currently in mass production, will offer PC/ console-like gaming on a smartphone. It's expected to power the Galaxy S22 Series smartphones in some regions.

As per the announcement made by Samsung, the Exynos 2200 is built on the 4-nanometre (nm) EUV (extreme ultraviolet lithography) process. The octa-core CPU will have a tri-cluster structure with a Cortex-X2 flagship core, three Cortex-A710 big cores for performance and efficiency, and four Cortex-A510 cores for power efficiency. Yongin Park, President of System LSI Business at Samsung Electronics, says that with the Xclipse GPU, the SoC “will redefine mobile gaming experience, aided by enhanced graphics and AI performance.”

The AMD RDNA 2 architecture on the Samsung Exynos 2200 SoC's Xlcipse GPU will power features like hardware accelerated ray tracing (RT) and variable rate shading (VRS) for PC/ console-level gaming experience in smartphones. “In addition, the Xclipse GPU comes with various technologies such as advanced multi-IP governor (AMIGO) that enhance overall performance and efficiency,” Samsung says. The Samsung Exynos 2200 is one of the few SoCs in the market that have Armv9 CPU cores for greater security and performance, the company claims.

The South Korean company also says that the Exynos 2200 offers more powerful on-device artificial intelligence (AI) with an upgraded NPU that is claimed to offer double performance as compared to its predecessor. It also integrates 3GPP Release 16 5G that supports both sub-6GHz and mmWave (millimeter Wave) spectrum bands. Furthermore, there is E-UTRAN New Radio – Dual Connectivity (EN-DC) allowing the modem to boost the speed up to 10Gbps.