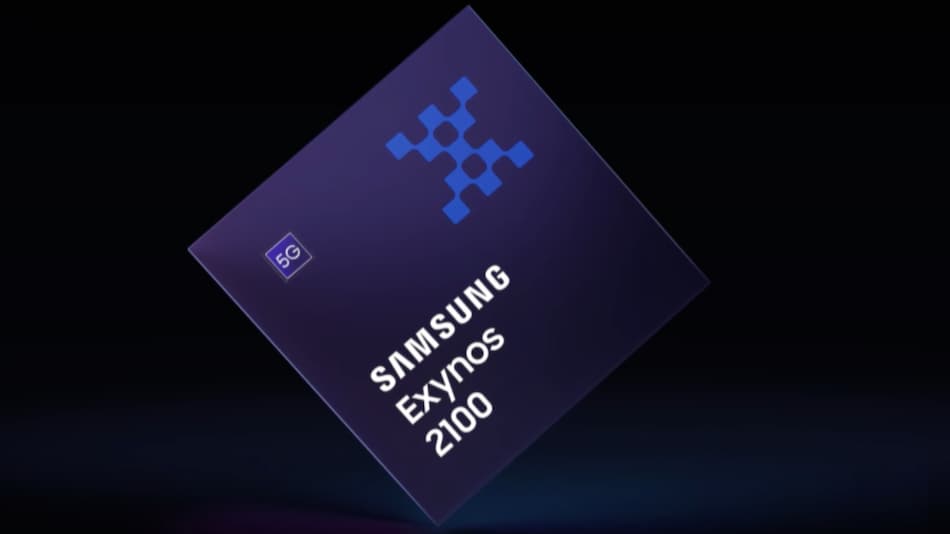 Samsung has unveiled the Exynos 2100 system-on-chip (SoC) as its answer to Qualcomm's Snapdragon 888. The new SoC is the company's first 5G-integrated mobile processor built on 5-nanometre extreme ultraviolet (EUV) process node that is touted to reduce power consumption by up to 20 percent and improve performance by 10 percent compared to the 7nm Exynos 990 SoC. The Exynos 2100 SoC is also based on a tri-cluster structure that also exists on the Snapdragon 888. Alongside the Exynos 2100, Samsung announced that it's working on a new Exynos SoC that will feature an AMD GPU.

The Exynos 2100 SoC offers an octa-core processing through the tri-cluster structure that includes a Cortex-X1 core at up to 2.9GHz, three high-performing Cortex-A78 cores, and four power-efficient Cortex-A55 cores. This new combination is touted to deliver more than 30 percent enhancement in multi-core performance over last year's Exynos 990. The new chipset also houses ARM Mali-G78 GPU that delivers over 40 percent improved graphic performance than the GPU powering the previous Exynos SoC, according to Samsung.

Samsung's Exynos 2100 is based on a tri-cluster architecture
Photo Credit: Samsung

The Exynos 2100 also includes multi-IP governor (AMIGO) technology to provide a longer use time. There is also a new tri-core NPU to boost performance on artificial intelligence (AI) and machine learning (ML) processing. Samsung claims that the new chipset can perform up to 26-trillion operations per second (TOPS) with more than twice the power efficiency than the previous generation Exynos model. The Snapdragon 888 is also claimed to perform up to 26 TOPS.

Samsung has provided an all-new image signal processor on the Exynos 2100 that supports camera resolutions of up to 200 megapixels. The SoC can connect up to six individual sensors and is capable of processing four of them concurrently. The built-in ISP also includes a content-aware feature that helps recognising scenes, faces, and objects to adjust the camera settings.

The integrated 5G modem on the Exynos 2100 supports both sub-6GHz and mmWave spectrums. It is claimed to offer a maximum downlink speed of up to 5.1Gbps on sub-6GHz network or 7.35Gbps on mmWave network. It also comes with 1024 Quadrature Amplitude Modulation (QAM) support.

Samsung has provided support for both UFS 3.1 and UFS 2.1 storage on the Exynos 2100. Further, the chip also supports HDR10+ displays with up to 4K resolution. It can also provide 8K TV-out. Additionally, the chipset includes an embedded secure element eSE) that separates personal data from the operating system environment to provide enhanced privacy, as per Samsung's claim.

The Exynos 2100 also includes support for LPDDR5 memory and video encoding of up to 4K UHD at 120fps.

Samsung announced that the Exynos 2100 is currently in mass production. The chipset is expected to be a part of the Galaxy S21 series in most markets, while its US version is likely to be powered by the Snapdragon 888.

At the time of announcing the Exynos 2100 through a virtual event on Tuesday, Samsung's President of IT and General Manager of LSI Business Inyup Kang teased the arrival of a new Exynos SoC with an AMD GPU.

“We are working together with AMD, and we'll have a next-generation mobile GPU in the next flagship product,” said Kang.

Samsung originally announced its partnership with AMD for developing a mobile GPU in June 2019. However, a tipster who goes by pseudonym Ice Universe on Twitter has suggested that the first Exynos SoC with an AMD GPU could become a reality later this year. It is speculated to power the Samsung Galaxy Z Fold 3.