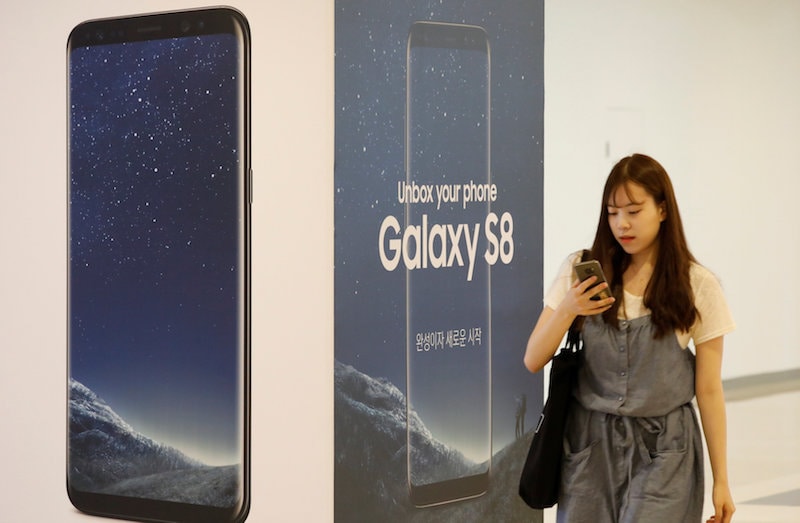 Samsung Electronics expects profits to soar 72 percent in the second quarter to a record high, it said Friday, as it moves on from a recall debacle thanks to rising memory chip prices and increased demand for smartphones.

The South Korean tech giant estimated its operating profit for April-June at KRW 14 trillion ($12.1 billion or roughly Rs. 78,338 crores), up from KRW 8.14 trillion a year earlier.

That would reportedly make it more profitable in the period than US behemoth Apple, where consensus analyst forecasts point to a profit of $10.6 billion (roughly Rs. 68,626 crores).

It would also be Samsung Electronics' highest-ever quarterly operating profit, surpassing the KRW 10.1 trillion of the third quarter of 2013.

Samsung apparently benefitted from increased shipments and strong prices for DRAM and NAND semiconductor chips, as it moved on from the Galaxy Note 7 recall fiasco last year and the corruption trial of its detained vice-chairman Lee Jay-Yong.

But Greg Roh of HMC Investment Securities told AFP: "All the three sectors - semiconductor business, display and smartphone business - are all believed to have performed well.

"This is a better-than-expected performance," he added.

The earnings forecast surpassed a market consensus of around KRW 13.2 trillion compiled by FnGuide, a financial information service provider.

Sales for the April-June period are expected to surge 17.8 percent on-year to KRW 60 trillion.

"Samsung will continue to generate quarterly operating profits hovering above KRW 13 trillion throughout the second half of this year," Kwon Seong-ryul, a researcher at Dongbu Securities said in a report.

He projects annual operating profits of KRW 50 trillion for 2017, up 70 percent from last year.

"The chip business is leading the overall performance, the display and smartphone sectors are also performing well," Kwon said.

But Samsung shares were 0.25 percent lower in the first hour of the trading day in Seoul on profit-taking.

The world's top maker of smartphones and memory chips said this week it will invest KRW 20.4 trillion by 2021 to expand and upgrade its chip plants in the South Korean cities of Pyeongtaek and Hwaseong.

The factory in Pyeongtaek, 70 kilometres (44 miles) south of Seoul, is the world's biggest and has recently started production after Samsung Electronics spent KRW 15.6 trillion over the past two years to build it.

The company also plans to expand its NAND chip plant in the Chinese city of Xian to meet booming demand for the chips used in high-end storage products, it said.

In smartphones, Samsung has been increasingly sandwiched by smaller Chinese rivals in the low and mid-end markets, and by Apple's iPhone in the high-end segment.

But the firm managed to post stellar profits partly thanks to the robust chip business, which supplies not only to its own handset unit but also other electronics giants including Apple.

It also suffered a blow to its reputation after a humiliating mass recall last year of its Galaxy Note 7 smartphone over faulty, exploding batteries.