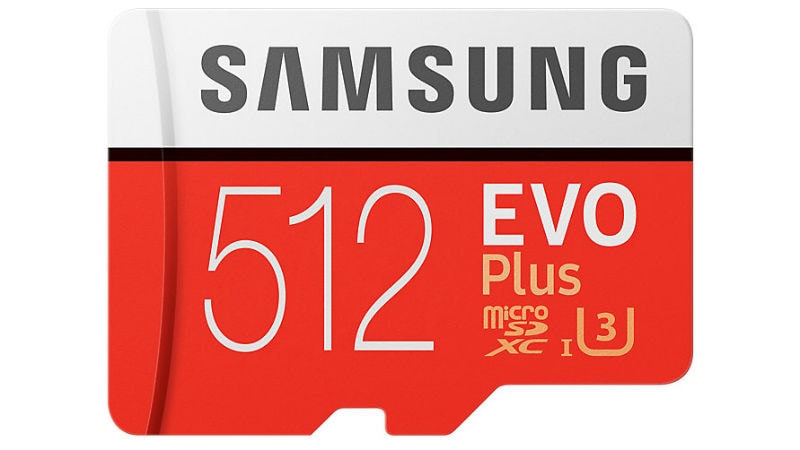 Samsung Galaxy Note 9, launched back in August, was the first flagship to support up to 1TB of storage - combining both its inbuilt and expandable storage. The premium smartphone comes with 512GB of inbuilt storage and supports up to 512GB via microSD cards. However, until now Samsung did not have its own 512GB microSD card that could be used in the Galaxy Note 9. People waiting for the company's 512GB microSD card will not have to wait much longer as it has listed the Samsung Evo Plus microSD card on its official website in Germany. Samsung is also set to launch an affordable wireless charger for mid-range devices. The company has listed a new Wireless Charger Pad on its official site in the Netherlands.

First spotted by AllAboutSamsung.de, Samsung has listed the Evo Plus microSD card on its German website. Notably, the online store listed the accessory with a price tag of whopping EUR 289.90 (roughly Rs. 24,200). Samsung is is yet to officially launch it, but interested buyers can currently sign up to be notified when it becomes available. The price appears to be quite high, compared to the 256GB microSD card that costs EUR 99.90 (roughly Rs. 8,300). Notably, the card is also listed on the US version of the Samsung website, but it does not provide any pricing or availability details.

As per the listing, the read and write speeds of the EVO Plus microSD card are up to 100MBps and 90MBps, respectively. Samsung claims that a 3GB video in 4K resolution will be able to get transferred in just 38 seconds. The capacity is claimed to be equal to 78 hours of full-HD videos or 1,50,300 images. However, the fine print says the storage capacity is actually 93.1 percent of the designated capacity. Notably, there is an SD adapter in the package and you can avail a 10-year warranty on the microSD card.