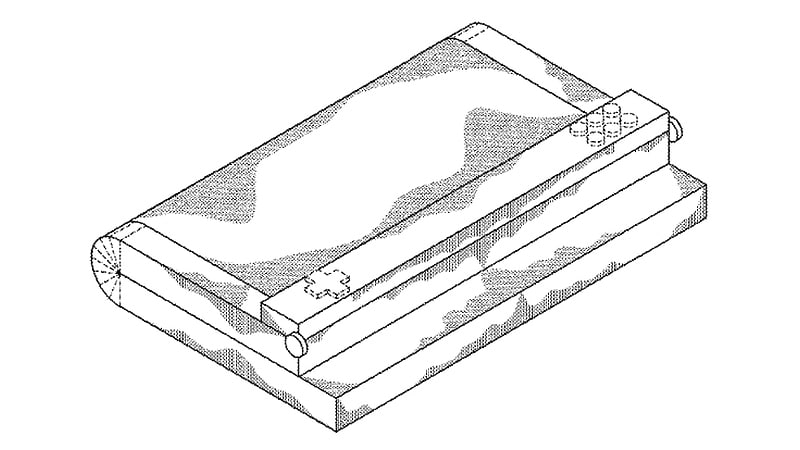 We've been speculating on Samsung's foldable phone for a while now, but it seems that the company has not one but two foldable smartphones in the works. A new leak suggests that there's a second foldable phone in the works as well - and that this would be a gaming phone. This new phone is said to sport physical game controller buttons for realistic game controls, which would separate it from the other gaming phones that are in currently in the market today. This would be a completely different phone from the foldable phone we're expecting to see at the company's February 20 event just prior to MWC 2019.

Last year the Asus ROG Phone (Review), Black Shark, and the Razer Phone brought about a new category of high-end gaming phones. Samsung could be targeting that market and innovating on the category at the same time.

A 'Display Device' patent filed by Samsung Display in October 2017 and published by the United States Patent and Trademark Office (USPTO) on January 29, 2019, shows a phone that folds from the centre and also as a second bend towards the edge that flips a part of the display to reveal a physical controller. The controller itself seems a bit basic with a D-pad and six face buttons. Moreover in its folded state, games could possibly be playable in the smaller display area as well, to keep the device compact and more ergonomic.

Images created by LetsGoDigital give a better idea of what the patent design looks like, and it's quite clear that this is unlike any other device in this category. Of course this is a very early design and things can change drastically over the development period, but its interesting to see Samsung's focus on this relatively niche category.

Samsung is likely to showcase its folding smartphone, the Galaxy F or Galaxy Fold at its Galaxy Unpacked event on February 20 in San Francisco.