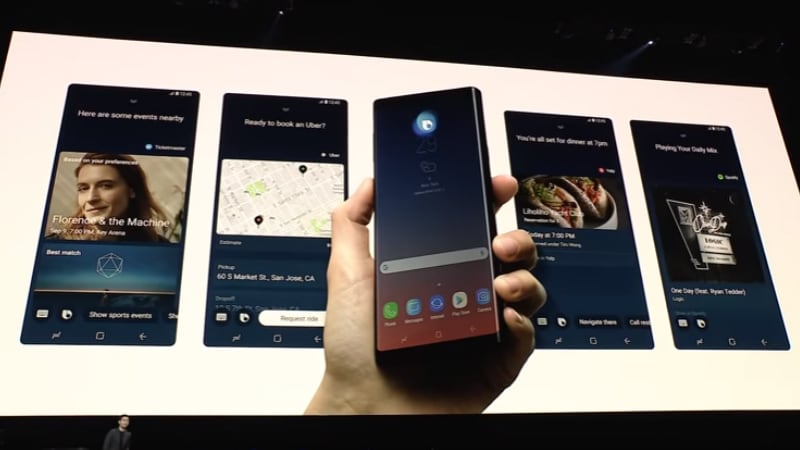 At the Galaxy Note 9 event, Samsung also unveiled the improved Bixby 2.0 at its Galaxy Unpacked 2018 event in New York. The new Bixby has better third-party apps integration than before, invariably making it less frustrating to use. Samsung's AI-based virtual assistant Bixby was received poorly when it was launched last year, because it lacked on many fronts. However, Bixby 2.0 can now do several tasks like reserving tables, booking cabs, and filling in important information based on history. Bixby 2.0, over time, can look up concerts in your area that you may like, good restaurants based on your cuisine preference, and other tasks due to its improved AI mechanism.

Bixby has partnered with Google to integrate Google Maps and all of its other services into the AI assistant for seamless performance. For example, a user can book a table through Bixby, and then tap the navigation button for Google Maps to show how to get there. Samsung has also worked with several other partners to ensure that tasks are done without navigating towards another app.

Vice President of AI Strategy at Samsung, Ji Soo Yi also demoed an interesting feature added to Bixby that allows user to book an Uber swiftly. While asking Bixby to book a ride, the AI assistant throws up price info and fills in other personal details for Uber to book a cab without much hassle. A prompt button to request an Uber shows up on the Bixby screen, without ever needing to open the Uber app separately. Even while booking a table at a restaurant, no third-party apps open in the whole process, making the experience seamless.

While Bixby has improved a lot since its inception last year, but it still has a long way to go before it can match its competition Alexa and Google Assistant. Samsung probably knows that, and that's why it has baked Google Assistant into the Galaxy Note 9 as well. For now, Bixby 2.0 is available only on the Galaxy Note 9 and the Samsung Galaxy Home Smart Speaker that was launched at the event as well. There is no word on its availability on other Samsung devices as of now.