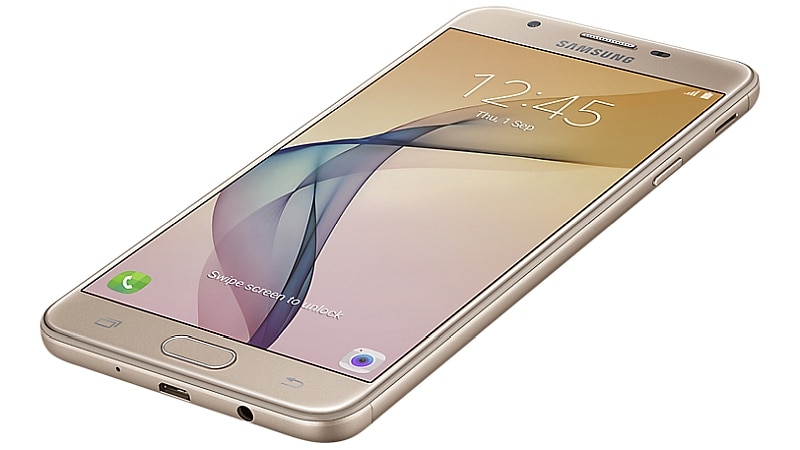 Samsung's Galaxy J series propped up its sales in the first quarter of 2017, according to a recent TrendForce report, making it the only brand that saw a production volume growth in the period. The series also helped Samsung reach the top position in terms of global smartphone production volume market share, at 26.1 percent. Apple on the other hand came in at second position, with a 16.9 percent share.

TrendForce reports 307 million smartphone units were produced for the first quarter of 2017, which is a 23 percent drop from the previous quarter. It attributes the fall to seasonality, however, predicts that production volumes are likely to remain thanks to lacklustre smartphone sales until the second half of the year. It estimates that the "global smartphone production volume for this second quarter will register a modest single-digit growth versus the preceding three-month period."

In the case of Samsung, as we mentioned, the Galaxy J-series helped the company stay afloat this quarter, TrendForce claims. While its high-end smartphone sales suffered thanks to the effect of the Galaxy Note 7 debacle, Samsung's mid-range and low-end segments thrived thanks to the Galaxy J-series. "The economically priced, high-performing Galaxy J series sustained Samsung's shipments and contributed significantly to the expansion of the brand's overall smartphone production volume," the report claimed.

TrendForce also claimed that the Samsung Galaxy S8 will have a minimal impact on the market, "Samsung has also released its flagship device for the year Galaxy S8 this second quarter. However, the high-end model is expected to make limited sales contribution because the buzz surrounding the next-generation iPhone devices is dampening demand for products from non-Apple vendors. Samsung is expected to post flat growth for its second-quarter smartphone production volume."

Talking solely about the iPhone, TrendForce is estimating that the total production volume of all iPhone devices for the second quarter will reach around 43 million units, a decline of 17 percent from the preceding quarter. "Apple will likely to lower the production of existing iPhone models as the company prepares for the launch of the next-generation devices in the third quarter," the report added.

Interestingly, Apple recently unveiled the PRODUCT (RED) variants of iPhone 7 and iPhone 7 Plus, which TrendForce says have been very well received by customers, and helped Apple boost its market share in the global scenario against its neck and neck competition with Samsung.

Besides Samsung and Apple retaining the top two positions in global smartphone production volume market share, Huawei saw a rise in its market share securing 11.4 percent this quarter, and standing on the third spot. Oppo (8.1 percent), BBK/ Vivo (6.2 percent), and LG (4.6 percent) hold the lowest positions with significant decline in their market share compared to the previous quarter. LG's production volume plummeted by almost 40 percent compared with the prior quarter, with TrendForce citing a seasonal effect on demand. Its shipments should benefit from the arrival of the G6, the report added, predicting Q2 2017 will see 18 million smartphones produced - similar to the same period last year.

Looking at only Chinese smartphone brands, TrendForce report reveals that they produced 141.725 million units in Q1 2017. Huawei leads with a 24.7 percent market share this quarter against its 23.6 percent in Q4 2016. At number two is Oppo with 17.6 percent, followed by BBK/ Vivo with 13.4 percent of market share. Xiaomi and ZTE are at the lowest positions with 8.1 percent and 7.8 percent market share respectively.

"TrendForce points out that Chinese smartphone makers in general will be able to raise their production volumes again in the second quarter as they put their latest flagship devices on the market. However, their home market China has reached a growth plateau. In addition to this, the 10th anniversary iPhone devices are generating a lot of interests and influencing consumer demand. Therefore, Chinese brands will have limited room for growth in the future. Those among them that have not establish footholds in overseas markets will be in an especially difficult position," reads the TrendForce report about the future of Chinese smartphone brands

Anbox for Linux Runs Android Apps Like Native Applications on Desktop
Reliance Jio Offers: A Timeline of Free Jio Services Since Launch, and Their Impact