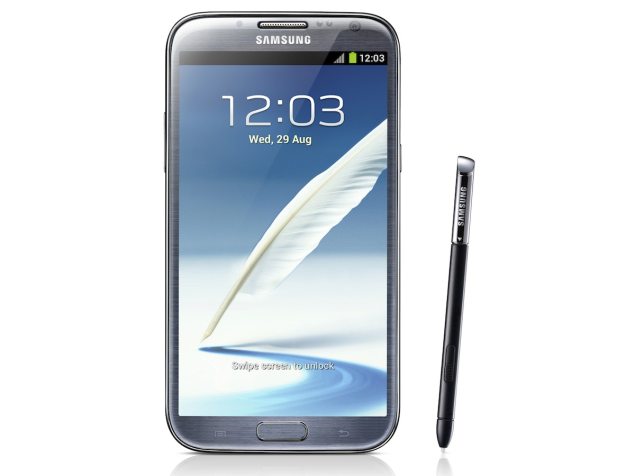 Korean manufacturer Samsung has announced the launch of its Galaxy Note successor at its Mobile Unpacked Berlin episode. Dubbed as Galaxy Note II, the phablet features Android 4.1 aka Jelly Bean out of the box.

Despite the improved internal Note II will be thinner than its predecessor at 9.4mm and will come in 16/32/64GB memory configurations.

Samsung Galaxy Note II will be available starting October in markets across the globe. There is no word on the pricing right now.

Samsung has made quite a few changes on the software front in Note II, it will sports a feature called Air View, which allows users to hover with the S-Pen over an email, image gallery, or video to preview its content without having to open it.

On the lines of Popup Play, company is also introducing Popup Note in Note II, as the same suggests this feature will let users make/edit a note on the screen while using another app.

Some other interesting features that will their debut in this device are Quick Command and Screen Recorder.

"Last year at IFA, we launched the Galaxy Note, which opened a new category of smart mobile devices. This year, again at IFA, I am proud to announce the GALAXY Note II, which will encourage users to 'unleash their inner creativity.' With a perfect viewing experience and unique and differentiated features, users can discover information and capture their ideas faster, express thoughts freely and manage tasks more efficiently. For anyone who wants to be creative, expressive and unique, the Samsung GALAXY Note II will be the ideal device, allowing users to live a life extraordinary," said JK Shin, President of IT & Mobile Communications Division at Samsung Electronics.