Samsung Anniversary sale is now live and will continue through October 13. 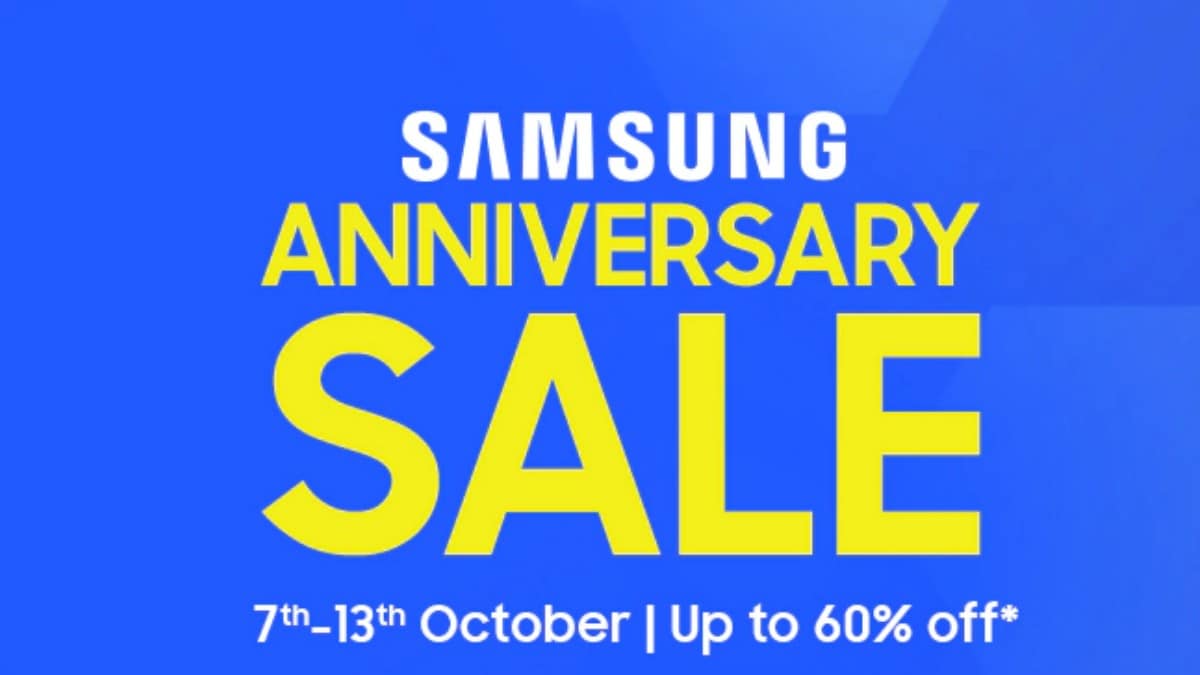 Samsung has announced its Anniversary Sale, offering a host of discounts on a wide range of products such as smartphones, TVs, wearables, audio devices, and home appliances to name a few. The Samsung Anniversary Sale, which brings hefty discounts on a wide range of devices, is now live on the company's online store and will continue through 13 October. In addition to limited period price cuts, the Anniversary Sale also offers an additional 10 percent banking discount, assured cashback for Amazon Pay transactions, gift vouchers as well as exchange discounts for Samsung phones.

Talking about some of the most notable deals, the Samsung Galaxy S9 is currently available starting at Rs. 29,999 on the official Samsung website. Additionally, the Samsung Galaxy Note 9's starting price has been slashed to Rs. 42,999. The price of the Samsung Frame TV has also been reduced to Rs. 84,999 for the ongoing Anniversary sale. As for wearables, the 46mm variant of the Galaxy Watch is currently available for Rs. 23,990.

As part of the Anniversary sale, the Samsung store is also offering 10 percent cashback on purchases made using SBI, HDFC Bank, ICICI Bank and Axis Bank cards. There is also an assured cashback of up to Rs. 1,500 for purchases made using Amazon Pay balance. A discount of up to 25 percent on MakeMyTrip bookings and Oyo vouchers worth up to Rs. 10,000 are also on the table. Lastly, Samsung is also offering exchange discount on smartphones as part of the anniversary sale.