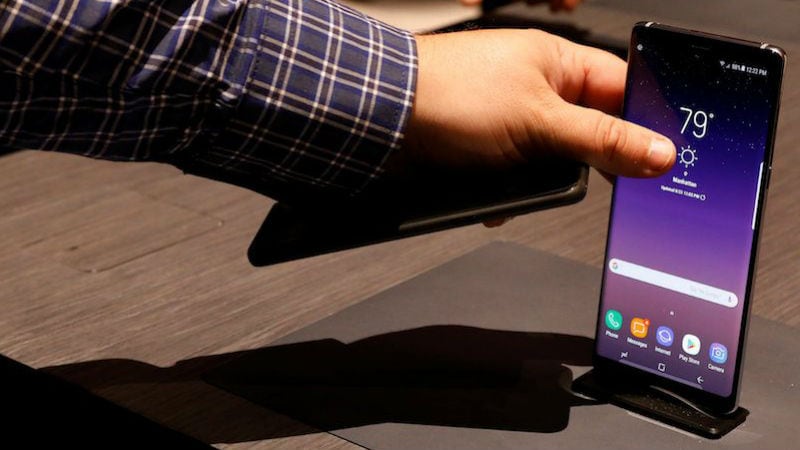 Samsung has revealed the rollout timeline of Android 8.0 Oreo update for some of its smartphones - in the same week that the Android P Developer Preview 1 was released. The South Korean smartphone manufacturer posted a list of handsets as well as a timeline on when they will receive the Android Oreo update. As of now, Samsung has rolled out the update only on Galaxy S8 and Galaxy S8+ smartphones. Also, Samsung's latest flagships - Galaxy S9 and Galaxy S9+ - come with Android 8.0 out-of-the-box. However, as per the latest report, handsets like the Samsung Galaxy Note 8, Galaxy S7, Galaxy S7 Edge, Galaxy A7 (2017), Galaxy A5 (2017) and Galaxy A3 (2017) will get the latest Android OS soon.

According to Samsung's 'Are we up to date' website in Turkey, the Galaxy Note 8 will be the first of the handsets which will get the Android 8.0 Oreo. March 30 has been marked as the date for pushing the update, after which Galaxy Note 8 users will be able to update their handsets from Android Nougat to Android Oreo. The next smartphones in line to receive the update will be Samsung's Galaxy S7 and Galaxy S7 Edge. The update for these smartphones will start on April 13.

Further, the Samsung Galaxy A7, Galaxy A5, and Galaxy A3, which were launched in 2017, will receive the Android Oreo update. These smartphones had shipped with Android Nougat out-of-the-box. The Oreo rollout date provided by Samsung for the smartphones is May 25, 2018. Notably, Samsung has not provided any official details regarding the rollout of the Android 8.0 Oreo update for the Samsung smartphone users in India.