Samsung’s update roadmap is for Israel only, and might not be applicable in other regions. 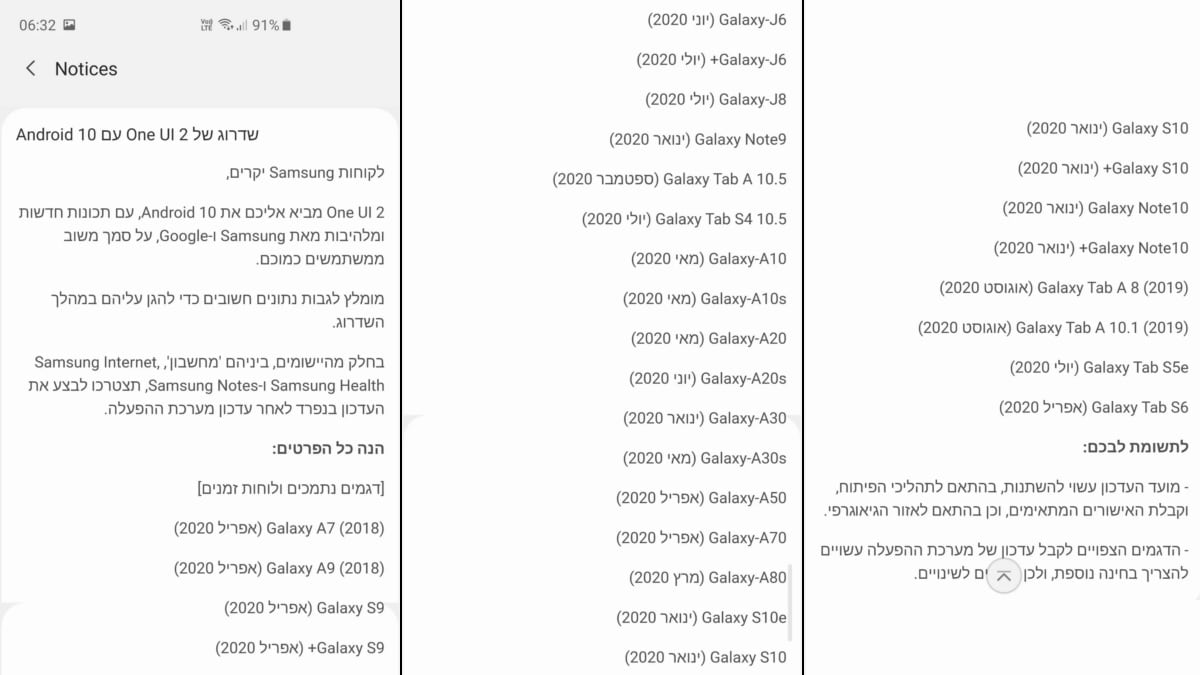 Samsung was among a host of brands that committed to releasing the Android 10 update by the end of 2019, promising to do so last month, but it appears that those plans might not come to fruition. While the beta programme for Android 10-based One UI 2.0 is in full swing, the release schedule published by Samsung in Israel suggests that the company will begin rolling out stable Android 10 update for its smartphones only in January next year. The first phones to get the Android 10 update in January 2020 will be the Galaxy Note 10 and the Galaxy S10 series models.