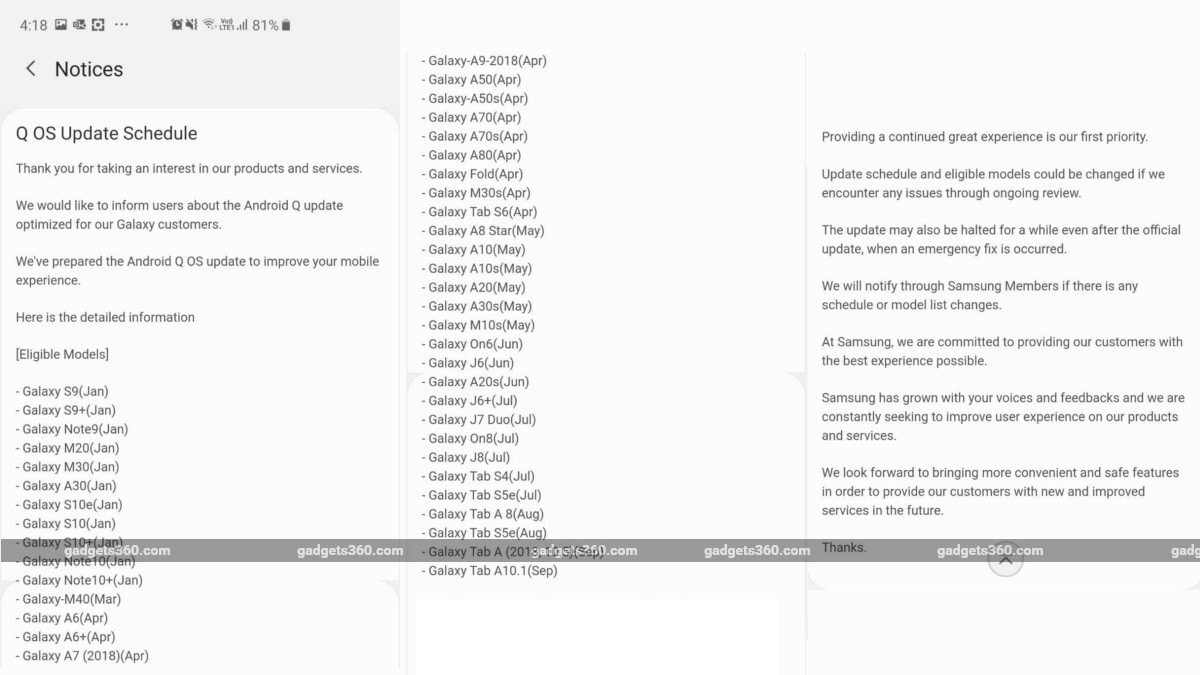 Samsung has revealed the Android 10 update roadmap for its smartphones in India, and it has a few surprises when it comes to low-end phones. Unsurprisingly, the Galaxy S10 and the Galaxy Note 10 series will be the first to get the Android 10 update in January next year, alongside the Galaxy S9 and Galaxy Note 9. But it is worth noting that Samsung has promised to update the Galaxy M20, Galaxy M30, and Galaxy A30 in January next year as well, which is surprising since a host of Samsung phones that were launched in the second half of 2019 will receive the update much later.

The Android 10 update roadmap was shared by Samsung on the official Samsung Members app. The first phase of Android 10 rollout will be conducted in January and will then come to a halt. As for the second phase, it will kick off in March and will go on until September. The last two devices to get the Android 10 update will be the Galaxy Tab A (2018)'s 10.5-inch model and the Galaxy Tab A 10.1, with both the devices set to receive the update in September.

Following is the entire update schedule for Samsung smartphones and tablets set to receive the Android 10 update next year:

However, it must be noted that the roadmap might be tweaked during the testing phase, and Samsung may also halt the Android 10 upgrade cycle in case a critical bug is encountered. In such scenarios, the release will be put on hold indefinitely until the issues are addressed.