Samsung Galaxy A80 was unveiled back in April with a rotating camera module. 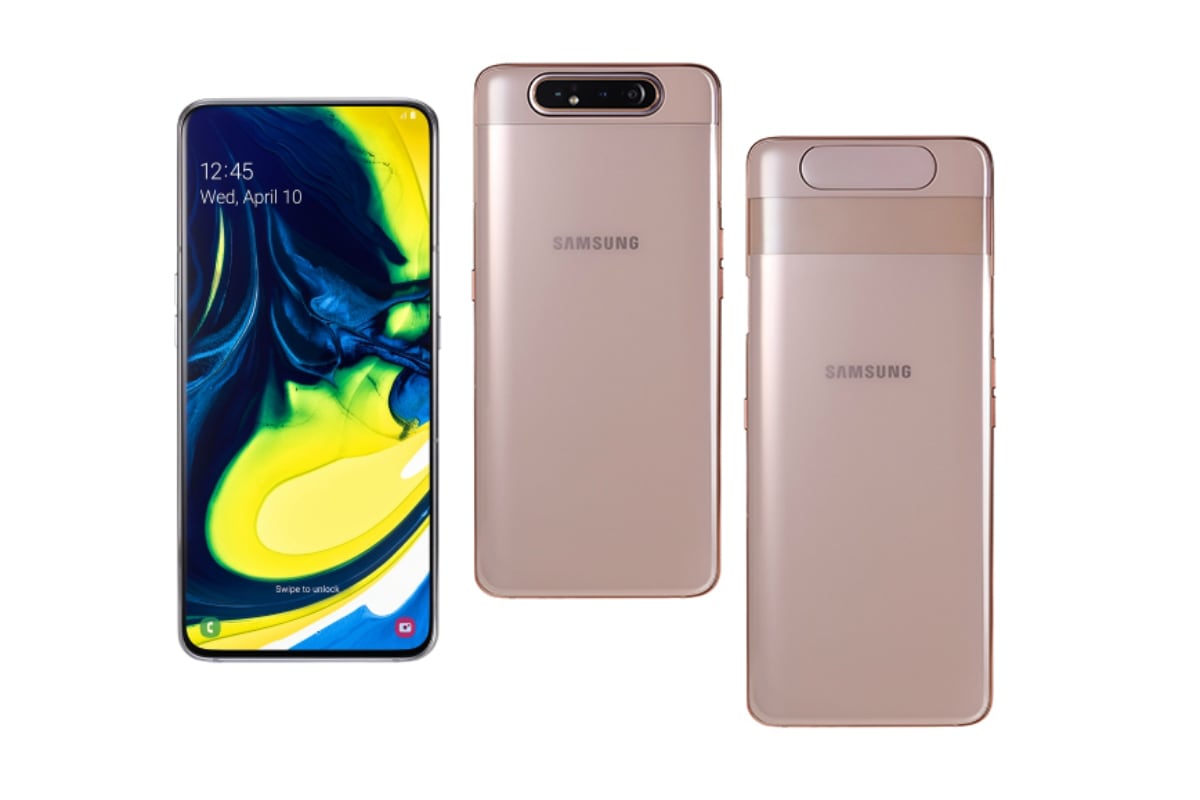 Samsung Galaxy A80 is now available for purchase in select markets globally. The latest Galaxy A-series phone was originally supposed to go on sale in markets such as Asia, Australia, China, Europe, Hong Kong, Middle East, New Zealand, and Russia in late May, but the official availability got delayed. The South Korean giant announced the sale of the Galaxy A80 through a press statement on Monday. The smartphone sports Samsung's first rotating triple camera module and features a new Infinity Display panel. It also houses the newly launched Snapdragon 730G SoC.

Announcing the official debut, Samsung said in the statement that the Galaxy A80 would be available for purchase through online and physical stores in select markets. Various online reports have claimed that the handset is currently on sale in various European countries, including Spain and Switzerland. However, the India launch of the Samsung Galaxy A80 is yet to take place.

Having said that, IANS earlier today reported citing Samsung's Product Planning Group's Head of Innovation Yeon Jeong Kim that Samsung is set to launch the Galaxy A80 in India later this month. The Samsung India website was also recently spotted featuring the Galaxy A-series phone to hint at its impending launch in the country.

To recall, Samsung unveiled the Galaxy A80 at an event back in April. The phone carries a price tag of EUR 649 (roughly Rs. 50,800). The India price of the Samsung Galaxy A80 hasn't been announced. Nevertheless, it is expected to be similar to global pricing.

Samsung Galaxy A80 First Impressions: The Phone With 3 Rotating Cameras

For photos and videos, the Samsung Galaxy A80 has the rotating camera module that includes three distinct camera sensors. While a 48-megapixel primary sensor is joined by an f/2.0 lens, an 8-megapixel secondary sensor comes with an ultra-wide-angle lens (123-degrees) and an f/2.2 lens. There is also a 3D depth sensing camera as the tertiary sensor. Further, an IR sensor is also available on board.

The rotating camera of the Samsung Galaxy A80 works with a dedicated selfie mode that enables the module to pop-up automatically and rotates to the front.

The Samsung Galaxy A80 packs 128GB of internal storage that isn't expandable via microSD card. Besides, the phone packs a 3,700mAh battery along with 25W Super-Fast Charging support.