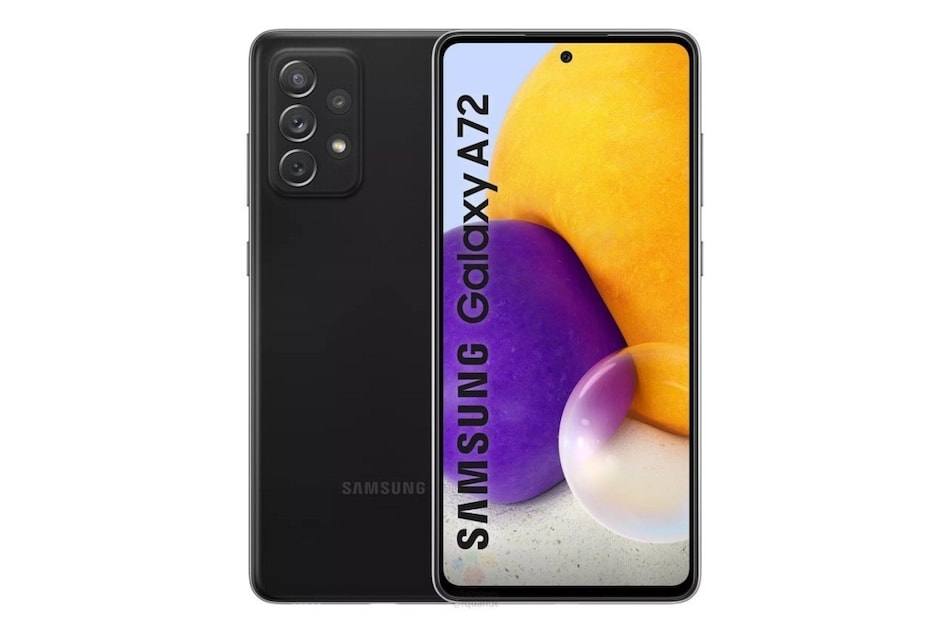 German blog WinFuture.de has leaked the details about the rumoured Samsung Galaxy A72 4G. The phone appears to have at least four distinct colour options, thanks to the marketing renders leaked by the blog. The Galaxy A72 4G is also suggested to have a hole-punch display and quad rear camera setup, similar to its 5G counterpart.

In terms of pricing, WinFuture.de has suggested that the Samsung Galaxy A72 4G price will start at EUR 449 (roughly Rs. 39,600). This could be for the base 6GB RAM + 128GB variant, while the 8GB RAM + 256GB model could carry a higher price tag. The newly emerged pricing details notably corroborate an earlier report that also claimed EUR 449 as the starting price of the Galaxy A72 4G.

The Samsung Galaxy A72 4G model will run on Android 11 out-of-the-box and will come with a 6.7-inch full-HD+ (1,080x2,400 pixels) Super AMOLED display with a 20:9 aspect ratio and up to 90Hz refresh rate, according to WinFuture.de. The phone is also said to have an octa-core Qualcomm Snapdragon 720G SoC, along with up to 8GB of RAM and up to 256GB of onboard storage. The latter can also be expanded via microSD card.

The Samsung Galaxy A72 4G will feature an in-display fingerprint sensor, according to the report. The phone is also said to have a range of connectivity options that include USB Type-C port as well as the diminishing 3.5mm headphone jack.

Samsung is speculated to offer an IP67 build on the Galaxy A72 4G. Furthermore, the phone is rumoured to have a 5,000mAh battery with fast charging support.