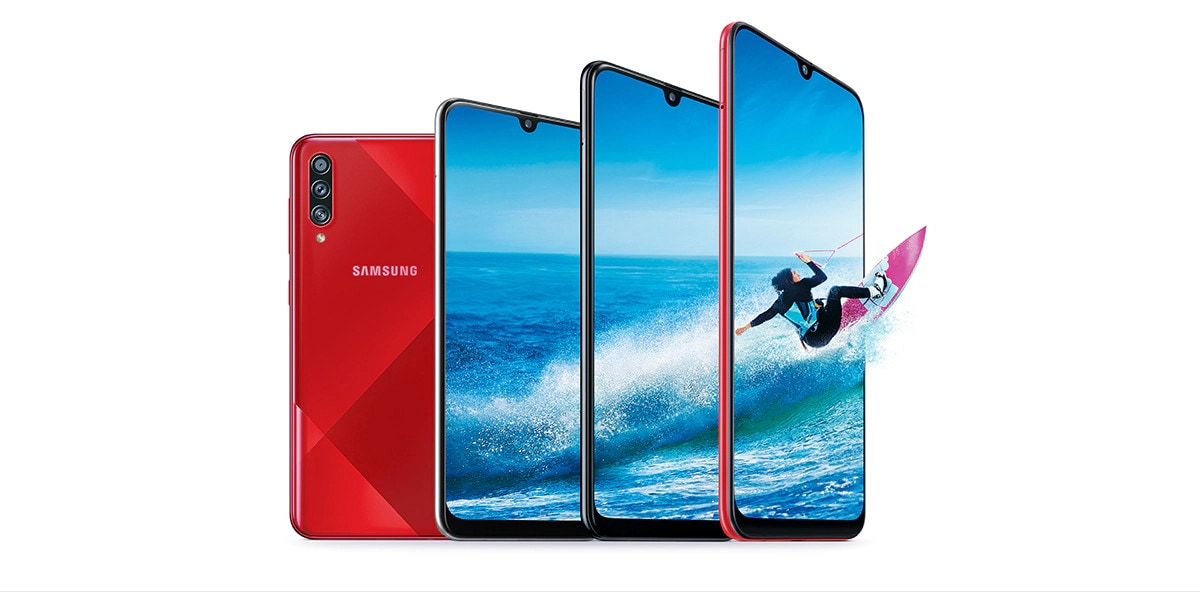 Samsung Galaxy A70s is all set to go on sale in India today. The smartphone that was launched yesterday in the country will be available via all major e-retailers as well as offline stores. Samsung Galaxy A70s is an upgraded version of the Galaxy A70 that made its India debut earlier this year. The new Samsung phone comes with features like a 6.7-inch full-HD+ screen, Qualcomm Snapdragon 675 SoC, a 32-megapixel selfie camera, and a 4,500mAh battery. There is a triple rear camera setup on board as well and it is headlined by a 64-megapixel primary shooter.

Samsung Galaxy A70s carries a price tag of Rs. 28,999 for the base 6GB + 128GB variant. Its 8GB + 128GB model has been priced at Rs. 30,999. Both storage options variants will be available via major e-retailers, Samsung online store, major brick-and-mortar stores, and Samsung Opera House today. The phone is being sold in Prism Crush Red, Prism Crush Black, and Prism Crush White colours.

The dual-SIM (Nano) Samsung Galaxy A70s runs on Android 9 Pie with One UI. The phone packs a 6.7-inch full-HD+ (1080x2400 pixels) Super AMOLED display and is powered by octa-core Qualcomm Snapdragon 675 SoC, paired with up to 8GB of RAM and 128GB of onboard storage.

Among other specifications, Samsung Galaxy A70s features a 4,500mAh battery with 25W fast charging, a microSD card slot (up to 512GB), and in-display fingerprint sensor. On the camera front, the Samsung Galaxy A70s comes with three rear cameras, including a 64-megapixel f/1.8 primary camera, an 8-megapixel ultra-wide-angle shooter, and a 5-megapixel camera. There is a 32-megapixel f/2.0 selfie shooter on the front as well.