Samsung Galaxy A50s and Galaxy A30s are now on sale in India via online and offline retailers. Both new Samsung phones come with triple rear cameras. 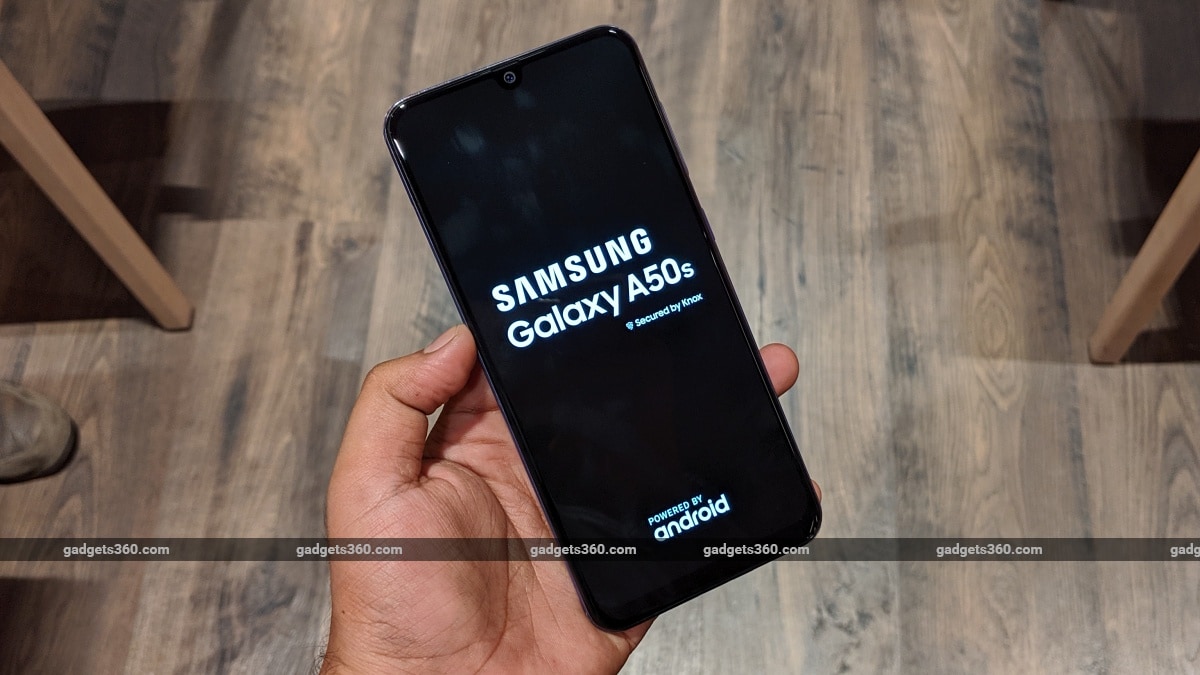 Samsung on Wednesday announced the launch of its new Galaxy A-series phones – Galaxy A50s and Galaxy 30s – in India. Samsung is pitching the new phones as the upgrades of its previously released Galaxy A50 and Galaxy A30 phones. There are some obvious improvements in the cameras, design, and select other features, however the new Galaxy A30s has an HD+ screen, whereas the Galaxy A30 packed a full-HD+ display. Featuring a 3D design with glossy pattern, the Samsung Galaxy A50s and Galaxy A30s will be offered via a variety of online and offline retailers in the country.

Samsung Galaxy A50s price will start at Rs. 22,999 for the 4GB RAM base variant. The 6GB RAM variant of the phone will retail at Rs. 24,999. Samsung Galaxy A30s, on the other hand, will be offered at Rs. 16,999 for the single 4GB + 64GB variant. In terms of the launch offers, Samsung has partnered with Reliance Jio and Airtel to provide double data to Galaxy A50s and Galaxy A30s buyers. Vodafone Idea subscribers will get Rs. 75 cashback on Rs. 255 recharge as well as 0.5GB extra data per day for 18 months.

Samsung says it will sell the two phones in Prism Crush Violet, Prism Crush Black, and Prism Crush White colours. Both smartphones will go on sale starting today via online retailers like Amazon, Flipkart, Paytm Mall, and Samsung Online Shop as well as Samsung partner physical retailers in the country.

The dual-SIM (Nano) Samsung Galaxy A50s runs on Android 9 Pie with One UI on top. The phone features a 6.4-inch full-HD+ (1080x2340 pixels) Infinity-U Super AMOLED display and is powered by octa-core Exynos 9611 SoC, based on 10nm manufacturing process. The phone also packs up to 6GB of RAM and 128GB of onboard storage with a microSD card slot (up to 512GB).

Among other specifications, the Samsung Galaxy A50s comes with a 4,000mAh with 15W fast charging support, NFC, and an in-display fingerprint sensor.

The dual-SIM (Nano) Samsung Galaxy A30 also runs on Android 9 Pie with One UI on top. It features a 6.4-inch HD+ (720x1560 pixels) Infinity-V Super AMOLED display. The phone is powered by octa-core Exynos 7904 SoC with two Cortex-A73 cores clocked at 1.8GHz and six Cortex-A53 cores clocked at 1.6GHz. Additionally, Samsung has included 4GB of RAM, 64GB of onboard storage, and a microSD card slot (up to 512GB) on the Galaxy A30s.