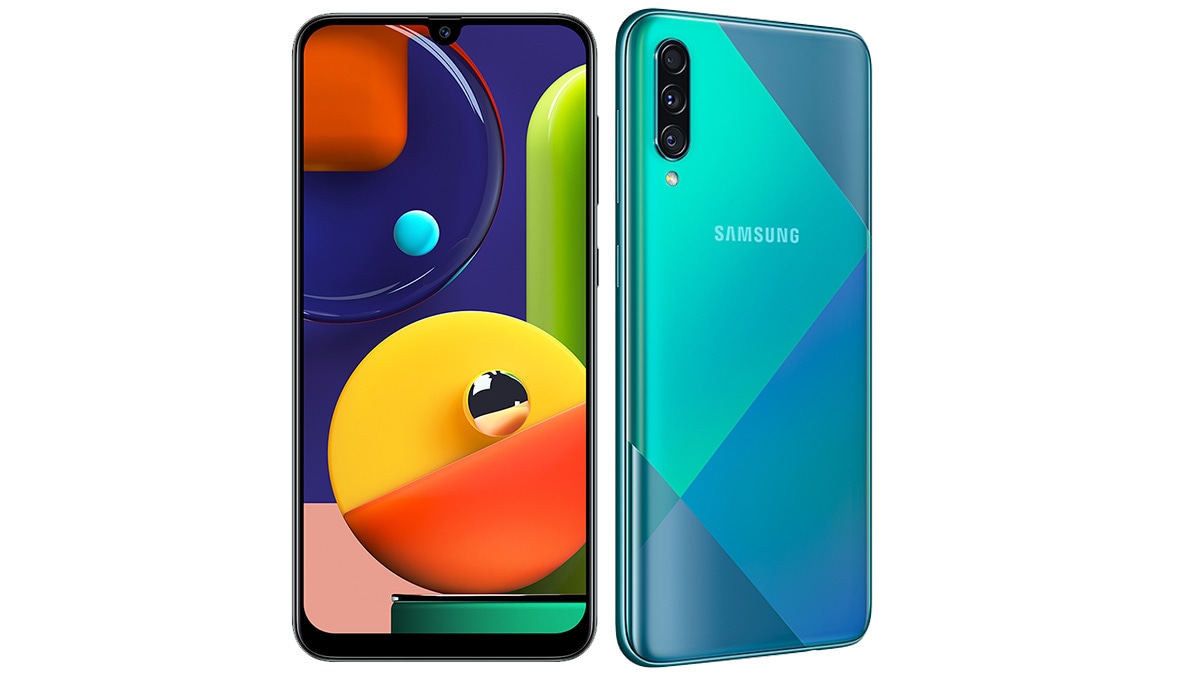 Samsung has only announced the phones, so we still don't have any details about the pricing and availability. The Samsung Galaxy A50s could be priced a bit higher compared to the Galaxy A50 (Review), considering it has a higher resolution primary camera. The Samsung Galaxy A30s, on the other hand, gets a lower screen resolution compared to the Galaxy A30 (Review), which means it could be priced below it. For now, we're yet to hear from Samsung India when these phones will reach the country.

The Galaxy A50s features a 6.4-inch full-HD+ (1080x2340 pixels) Super AMOLED Infinity U display. It's powered by an octa-core SoC, although Samsung hasn't specified the exact model, and the phone will be available with either 4GB or 6GB of RAM, along with 64GB or 128GB of storage. The phone also supports microSD cards of up to 512GB. Coming to the cameras, the Galaxy A50s gets a big upgrade for the rear camera setup. The primary sensor now has a 48-megapixel resolution with an f/2.0 aperture, along with a 8-megapixel wide-angle camera with a 123-degree field of view and a 5-megapixel depth sensor. The phone has a 32-megapixel selfie camera, which has a f/2.0 aperture. The

Galaxy A50s has a Super Steady video stabilisation feature that we saw in the Galaxy S10 series, but this works only at full-HD resolution and with the wide-angle camera. The Galaxy A50s also houses a 4,000mAh battery with support for 15W fast charging. The device measures 158.5 x 74.5 x 7.7mm and weighs 169 grams. It also has an in-display fingerprint sensor and a USB Type-C port.

The Samsung Galaxy A30s with the Infinity-V notch

The Samsung Galaxy A30s packs the same sized 6.4-inch Super AMOLED panel as the Galaxy A50s but the resolution is only HD+ (720x1560 pixels). This too has an in-display fingerprint sensor and a USB Type-C port. Unlike the Galaxy A50s, the Galaxy A30s features an Infinity-V style notch. The phone is powered by an octa-core SoC, which features two cores running at 1.8GHz and six cores running at 1.6GHz. The phone also comes with either 3GB of 4GB of RAM and three storage options —32GB, 64GB and 128GB. It also has a slot for a microSD card, up to 512GB.