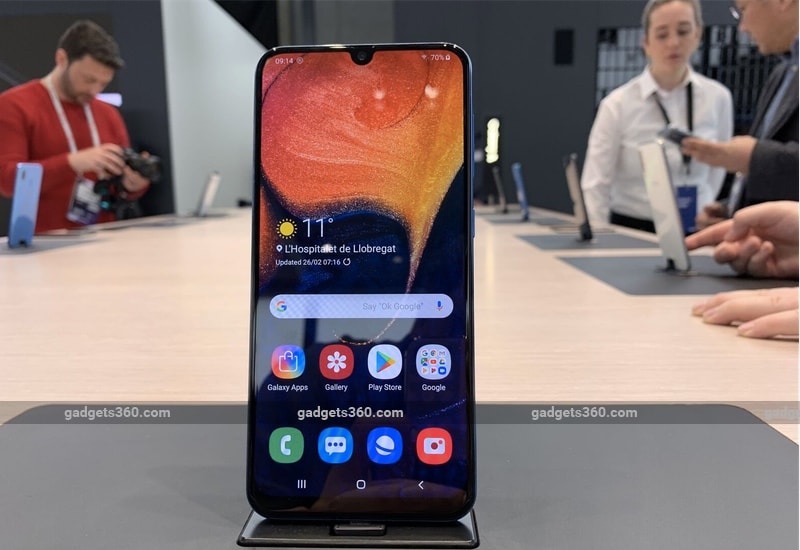 Samsung A50 price in India

Samsung does not plan to bring the variant with 128GB of storage to the country just yet, Gadgets 360 has learnt.

Samsung A30 price in India

The more affordable Galaxy A30, which shares many characteristics with the Galaxy A50, will be available in just one variant. This information is in line with what was shared by a prominent retailer earlier on Wednesday. However, Gadgets 360 has independently verified that Samsung Galaxy A30 price in India will start at Rs. 16,990.

Samsung Galaxy A50 and Galaxy A30 pack identical 6.4-inch full-HD+ (1080x2340 pixels) Super AMOLED displays and 4000mAh batteries. They sport the same dimensions and look virtually identical from the front.

The more expensive Samsung Galaxy A50 includes an on-screen fingerprint scanner, while the Galaxy A30 has a traditional fingerprint scanner at the back. Both smartphones are powered by (different) oct-core processors and support 15W fast charging.