Samsung Galaxy A33 is expected to debut in January 2022. 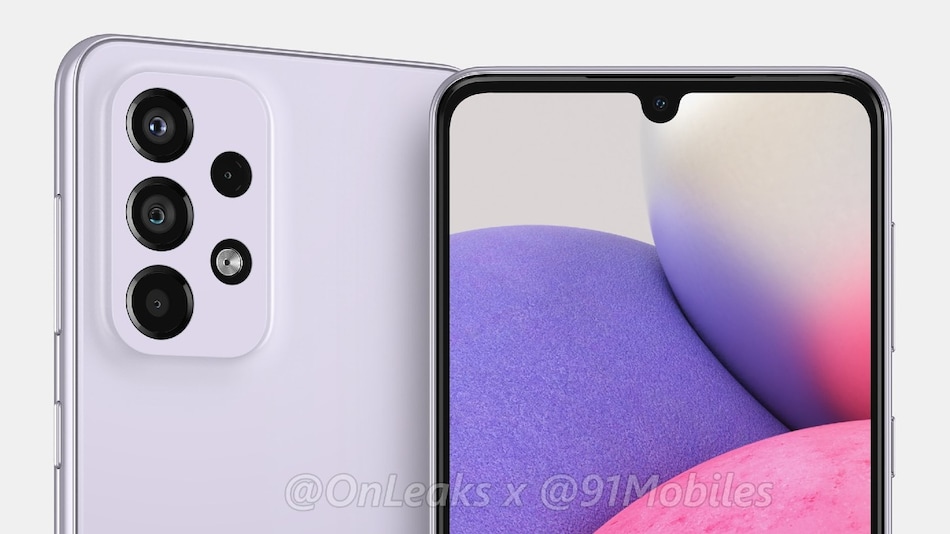 Samsung Galaxy A33 is claimed to come in two colour options

As per a report by The Elec, spotted by 9to5google, the Samsung Galaxy A33 will be the first Galaxy A-series phone in 2022 to get an IP67 rating for dust and water resistance. The report says that apart from the Samsung Galaxy A33, other models including Galaxy A53, Galaxy A53 5G, and Galaxy A73 5G will also get IP67 dust- and water-resistant ratings. These phones were earlier reported to launch sometime in 2022.

There have been various leaks about the Samsung Galaxy A33 in the past. One report claimed that the Samsung smartphone has been spotted on a South Korean certification website tipping a typical battery capacity of 5,000mAh. Renders of the smartphone have also been leaked in the past and key specifications have also surfaced online. The phone is expected to sport a quad rear camera setup.

Samsung Galaxy A33 is said to be a 5G smartphone and could sport a 6.4-inch Infinity-U hole-punch display. The phone is speculated to feature a full-HD+ Super AMOLED panel. There are tipped to be four rear cameras housed in a rectangular camera module. The power button and the volume rocker are seen on the left spine of the phone. The Samsung Galaxy A33 5G may come without a 3.5mm headphone jack. It is tipped to measure 159.7x74x8.1mm and have a thickness of 9.7mm. The phone is expected to debut in January in Black and Blue colours.

Meanwhile, The Elec also reports that Samsung is planning to bring changes to the production process for the back panels of smartphones next year. The South Korean giant will reportedly reduce the number of injections and coatings from 2 to 1 to reduce the production cost.