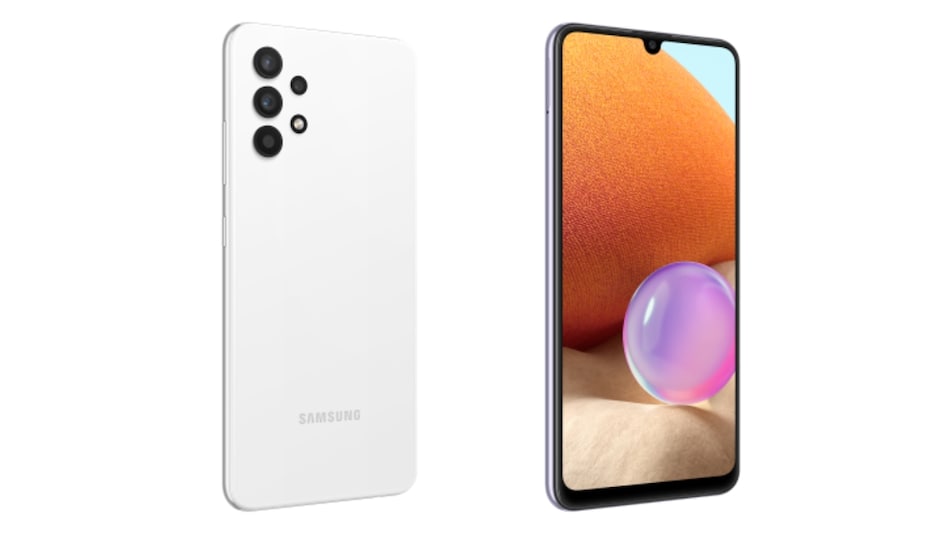 Samsung Galaxy A32 in India comes in 4G connectivity

Samsung Galaxy A32 was launched in India on Wednesday as the company's latest Galaxy A-series model. The new Samsung phone comes with a 90Hz display and features quad rear cameras. The Samsung Galaxy A32 also includes Dolby Atmos support as well as offers a waterdrop-style display notch. Other key highlights of the Samsung Galaxy A32 include a 64-megapixel primary camera, 128GB storage, and 5,000mAh battery. Last month, Samsung launched the Galaxy A32 in 4G and 5G connectivity options in global markets including Russia and the UK. The India version, however, doesn't support 5G. The phone is likely to compete against the likes of Xiaomi Mi 10i, Realme X7, and Moto G 5G.

Samsung Galaxy A32 price in India has been set at Rs. 21,999 for the lone 6GB RAM + 128GB storage variant. The phone comes in Awesome Black, Awesome White, Awesome Blue, and Awesome Violet colour options and will go on sale through retail stores, Samsung.com, and leading online portals from Wednesday, March 3.

Launch offers on the Samsung Galaxy A32 include a cashback of up to Rs. 2,000 on HDFC Bank credit card, debit card, and EMI transactions. This brings it down to an effective price of Rs. 19,999. Customers can also get no-cost EMI options across major banks and Non-Banking Financial Company (NBFC) partners.

The dual-SIM (Nano) Samsung Galaxy A32 runs on Android 11 with One UI 3.1 on top and features a 6.4-inch full-HD+ Super AMOLED Infinity-U Display with 90Hz refresh rate and up to 800 nits of peak brightness. It also comes with a 20:9 aspect ratio. Under the hood, the Samsung Galaxy A32 has an octa-core MediaTek Helio G80 SoC, along with 6GB of RAM. The phone comes with the quad rear camera setup that houses a 64-megapixel primary sensor with an f/1.8 lens. The camera setup also includes an 8-megapixel secondary sensor with a 123-degree ultra-wide-angle lens, 5-megapixel macro shooter, and a 5-megapixel depth sensor. You'll also get a 20-megapixel camera sensor at the front for selfies and video chats.

On the storage front, the Samsung Galaxy A32 has 128GB of inbuilt storage that is expandable via microSD card (up to 1TB). Connectivity options include 4G LTE, Wi-Fi 802.11ac, Bluetooth v5, GPS/ A-GPS, NFC, USB Type-C, and a 3.5mm headphone jack. Sensors on board include an accelerometer, ambient light, gyroscope, magnetometer, and a proximity sensor. The phone also features an in-display fingerprint sensor.

The Samsung Galaxy A32 packs a 5,000mAh battery that supports 15W fast charging and is rated to deliver up to 20 hours of video playback on a single charge. Besides, the phone measures 158.9x73.6x8.4mm and weighs 184 grams.