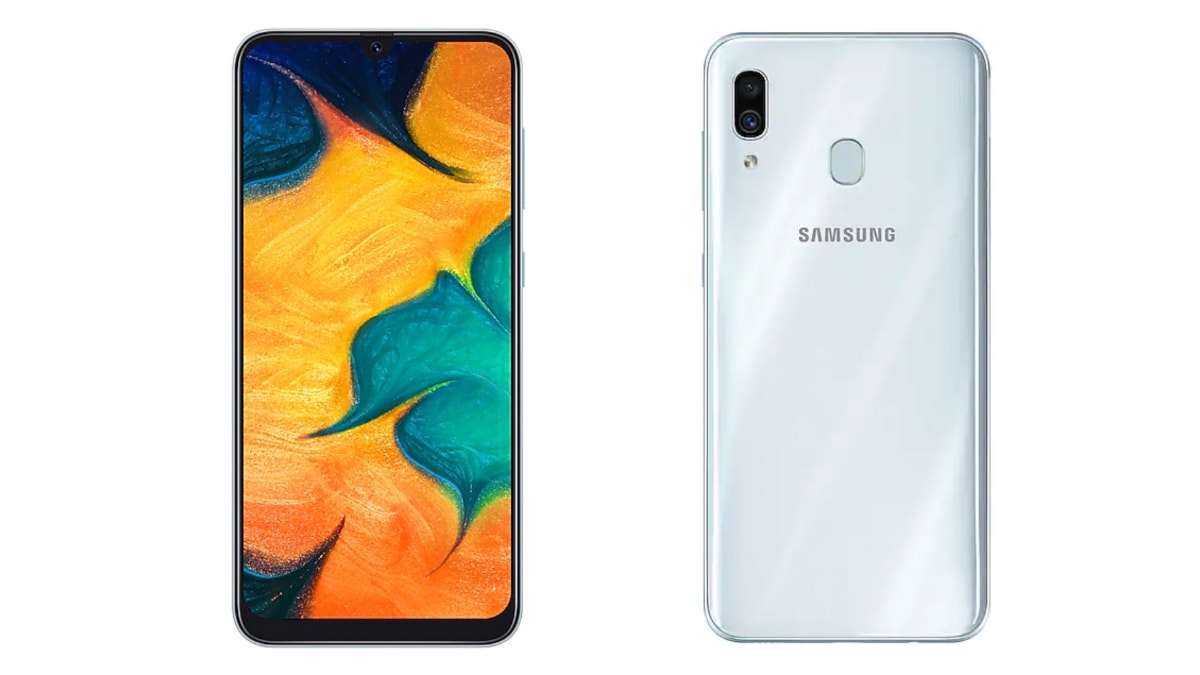 Samsung Galaxy A30 price in India

The official Samsung India Twitter account has announced the launch of the Samsung Galaxy A30 in White colour. The new colour variant is available with a price tag of Rs. 15,490. This is identical to the price of the Black, Blue, and Red colour options of the Galaxy A30 that all were launched in the country back in late February.

As we mentioned earlier, Samsung has started selling the Galaxy A30 in the newly launched White colour option through its online store in the country.

Just like the price, the specifications of the White colour variant of the Samsung Galaxy A30 are also the same as other colour variants. The dual-SIM smartphone runs Android 9 Pie with One UI on top and features a 6.4-inch full-HD+ (1080x2340 pixels) Super AMOLED Infinity-U Display. It is powered by an octa-core Exynos 7904 SoC, coupled with 4GB RAM.

The Galaxy A30 has 64GB of internal storage that is expandable via microSD card (up to 512GB). The smartphone comes with a fingerprint sensor at the back. Besides, it packs a 4,000mAh battery that supports 15W fast charging tech via USB Type-C port.